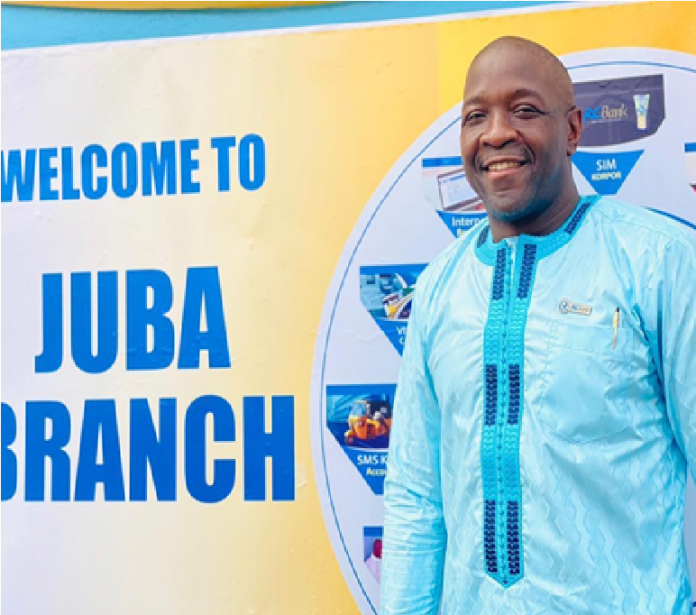 As part of their commitment to complement the Bank of Sierra Leone’s efforts in promoting financial inclusion and inclusive economic growth in the country, the Rokel Commercial Bank (RCB) has on Friday 26th February 2021 commissioned its newly constructed branch at Juba in the West End of Freetown.

In his statement, the Managing Director of the bank, Dr. Walton Ekundayo Gilpin noted that the commissioning of the Juba Branch demonstrates that they will continue to grow as a bank, adding that it was with determination and excellence that they constructed the new branch at Juba which he said will not only serve residents of the Juba community and its environs but the country as a whole.

He pointed out that they are determine to ensure that they can have the last laugh as in the past the Bank was seen as a laughing stock but said today the bank is seen as a manifestation of a strong institution that can show the world that Sierra Leoneans have what it takes to put footprints in the sands of time by leaving legacies behind.

The Managing Director maintained that the RCB is the People’s Bank further highlighting how residents of the Juba Community do not have sufficient service delivery from the banking system which is why they decided to bring the bank to their door steps.

He said the residents have been tired of being tired furthering that they now have the opportunity of becoming financially literate, have access to finance, adding that Rokel Commercial Bank is set to complement Government’s efforts at triggering a massive economic turnaround in the country.

Gilpin pointed out that before this time most of the bank’s customers have to endure the trouble of having to go all the way to town to conduct banking transactions and that with the commissioning of the Juba branch it is clear that financial services in that part of the country would bring about significant improvements to their lives.

Delivering a statement on behalf of the Minister of Finance, Jacob Jusu Saffa, the Deputy Director of the Public Debt Management Division of the Ministry of Finance, Charles Conteh, noted that the opening of the Juba Branch, following the branches in Kailahun and Wilkinson Road demonstrates Rokel Commercial Bank’s resolve to take banking to the doorstep of its customers. He added that the bank, having realized the rapid development taking place around the Goderich and the Peninsula axis is now positioning itself to capitalize on the opportunities these new settlements would present.

He said Government, through the support of the World Bank, is in an advanced stage in the implementation of the financial inclusion project which aims at increasing the “interoperability” of digital payments and access to financial services.

He encouraged Rokel commercial Bank and other commercial banks to take advantage of these emerging opportunities and be highly innovative, digitized, and responsive to customers’ demand for improved serviceability.

On his part, the Deputy Governor of Financial Stability of the Bank of Sierra Leone, Sheikh Alhaji Yayah Sesay, said that the opening of the Juba branch demonstrates the bank’s commitment to complement the Bank of Sierra Leone’s efforts in promoting financial inclusion and inclusive economic growth, adding that it is expected that the branch will provide an added opportunity for the people of the Juba community and its environs to benefit from banking services.

Giving a background about the financial system in Sierra Leone he maintained that the financial system is dominated by the banking sector which accounts for 80% of the total assets in the sector, adding that there are currently fourteen (14) commercial banks in the country with one hundred and twenty (120) branches nationwide, of which Rokel Commercial Bank Limited has fourteen (14) branches and four (4) outlets including this new Juba branch furthering that approximately 11.67% of the total branch network and that in addition to these branches and outlets, RCB has numerous other initiatives to provide banking and financial services for its customers.

He revealed that the Bank of Sierra Leone, on the 5th of February 2021, signed a procurement contract for the National Payment System switch, which will enhance the ability of customers to engage in digital payments and wean them off their current cash dependency. God willing, the National Payment Switch will be in place by September this year.

Sheikh Alhaji Yayah Sesay further noted that the ongoing efforts by Government and the mobile telephone companies to extend mobile phone and internet services to other parts of the country is necessary for the rural population to benefit from this new development in financial intermediation.

He ended by saying that BSL will continue to collaborate with financial institutions to increase and improve the services and products available to their customers while ensuring that depositors’ funds are protected.

Manager of the Juba Branch, Rita Macauley expressed gratitude for the trust bestowed on her to head the branch at Juba, adding that she will ensure that the Juba branch becomes the best branch with 100 percent customer service delivery.

She said with this new branch at Juba the struggles of customers in accessing banking services will definitely become a thing of the past and that they will ensure that they take banking to the doorsteps of customers.

Rita ended by assuring residents of Juba and its environs that the bank will give the very best to customers and encouraged all to open savings and other accounts with Rokel Commercial Bank (RCB) as they are the best.

Ibrahim Conteh, a resident of the Juba community expressed appreciation to the Rokel Commercial Bank for being the first bank to open a branch in Juba and the Peninsular, adding that they were faced with a lot of challenges in order to have access to banking services in that part of the country and that some had to come all the way to town to access such services, furthering that with the commissioning of the new branch those challenges will be things of the past.