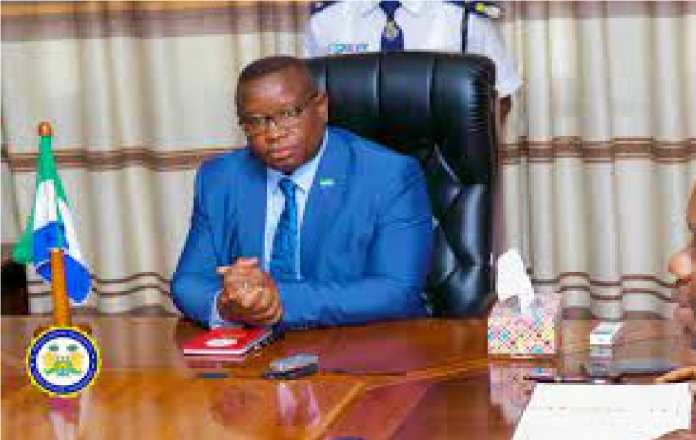 During his recent interview on Sierra Leone’s popular breakfast programme “Good Morning Salone” on Radio Democracy F.M 98.1 on April 4, 2021, marking his third anniversary in office as President of the Republic of Sierra Leone, His Excellency President Dr. Julius Maada Bio said that school pupils would remember him in decades to come for the Free Quality School Education (FQSE) Programme he introduced in August 2018. Indeed, President Bio is investing billions of Leones into the education of the country’s young generation, which is the most powerful weapon any caring parent would give to his kids.

The late Nelson Mandela, South Africa’s hero and former President once said that: “Education is the most powerful weapon which you can use to change the world.” The former President of the United States of America, John F. Kennedy also said, “Our progress as a nation can be no swifter than our progress in education. The human mind is our fundamental resource.”

First of all, what is this Free Quality School Education about? The FQSE Programme of the New Direction Government of President Bio, according to the Ministry of Basic and Senior Secondary Education website, is “dedicated towards the promotion of quality education in Sierra Leone. The objective is to increase nationwide access to quality pre-primary, primary and secondary schooling, as well as school-level technical and vocational education and training. The goal is that all children will be able to successfully complete basic education and be prepared to move on to pursue higher education or training as appropriate for the workforce needed for national development.”

During his first state opening of Parliament as President, there was thunderous applause when H.E Bio outlined his plans, and the proposed improvements to education have been widely welcomed across the board irrespective of political party affiliation. The former Member of Parliament and Ambassador of Sierra Leone to Iran, Hon. Alimamy Kamara lauded the FQSE initiative on social media, describing it as timely. The APC’s Ambassador Kamara said poor education is one of the thorny problems Sierra Leone was facing and that the Bio’s FQSE programme is timely.

The leader of the main opposition in Parliament, Honourable Chernor Maju Bah, during an interview on Star Radio in April 2021, also heaped praises on the FQSE Programme, stating they had been fully supportive of the FQSE. Although Honourable Chericoco pointed out some grey areas in the FQSE, he noted that the Bio flagship programme was timely for Sierra Leone. Despite the challenges, readers would agree with me that the journey of a thousand miles starts with a step, and the steps taken towards education so far in the 3-year-old New Direction administration is gradually creating impact and building the foundation of our children.

Currently, the Bio administration is giving the Education Ministry 21% budgetary allocation from the Consolidated Revenue Fund (CRF), the largest allocation ever since Independence which has led to an enrolment of about 2.5 million pupils in Government and Government-assisted schools, the highest ever in Sierra Leone’s history. The FQSE has helped to reduce the financial burden on families and serves as a form of motivation to send their children to school, which has led to an increase in enrolment in our country today. Over the years, many children dropped out of school just because their parents could not afford to pay their tuition, but today President Bio has provided that opportunity for all irrespective of tribe, region or political affiliation.

It takes a visionary leader like President Bio to consider Free Quality Education as his flagship programme of the New Direction Government. Readers would agree with me that before the New Direction administration came to power the educational system had been watered down to an extent most school pupils or students taking public exams end up getting grades they do not deserve or merit due to rampant exam malpractices. The situation had become worse to the extent some parents would connive with their children to trace examiners and bribe them just to ensure their children pass either the Basic Education Certificate Examinations (BECE) or the West African Senior School Certificate Examinations (WASSCE). As a result, most students entering tertiary institutions find it difficult to adapt to the learning environment because of their weak educational foundation.

Under the New Direction government, the Anti-Corruption Commission, through its Scorpion Squad, has been very proactive in prosecuting pupils, students and teachers engaged in examination malpractices.

Against this background, the Free Quality School Education (FQSE) programme at this preliminary stage is not just focusing on how many pupils or students pass external exams, which critics have been blaming the FQSE, rather the Government is building a strong/quality educational foundation “of meritocracy”, thus ensuring that in a decade or so, the country will realise the impact of the billions of Leones the Bio administration is spending and we would get brilliant or well-equipped engineers, scientists, doctors, lawyers and professors.

The FQSE would not be successful without teachers’ motivation. As such, the President, during his first State Opening of Parliament, said there is a need for more qualified teachers in Sierra Leone, where only 42% of primary teachers were qualified before 2018. He announced a Presidential Initiative for Teachers, saying:

“None of us would have been here today without our greatest asset, teachers. Yet, they have been least recognised and least rewarded. This is demotivating. Let me simply state that, without qualified teachers, our free education programme will not be fully implemented.”

Accordingly, the Bio administration, in 3 years, has recruited and trained 5,000 teachers, which is the largest ever in Sierra Leone for a Government that has been in office for just three years.

The New Direction Government has constructed some schools and more schools will be built in urban areas to reduce congestion in schools and the two-shift system will be eliminated in the next few years.

To keep children in school and help them concentrate on their learning, the Bio administration has been working with the World Food Programme and other agencies and introduced school feeding programmes in some schools in the western region and the provinces. Currently, the Government is feeding 510,000 school children, and the feeding program aims to target all public primary schools in the near future.

The SLPP Government has introduced a school bus system in large urban towns at “less than the prevailing market price” which is helping pupils greatly.

In conclusion, I would like to appeal to teachers, lecturers, pupils/students, parents’ public officials and politicians to put aside negativity and support the Free Quality School Education Programme of the Bio administration, and as John Ruskin puts it, “Education is the leading of human souls to what is best, and making what is best out of them.” There is no iota of doubt that His Excellency, Dr. Julius Maada Bio, is investing in the future leaders of Sierra Leone.