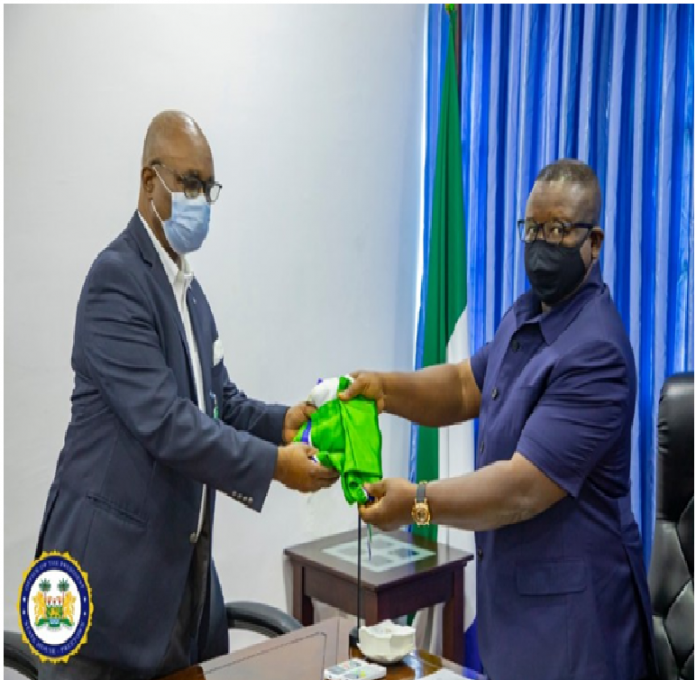 Introducing the delegation to the President, Minister of Sport, Ibrahim Nyelenkeh, said the NOC executive had gone to brief State House about the upcoming International Olympic Games slated for July this year in Tokyo, Japan.

In his brief statement, Dr Coker said it was customary for the president of the IOC to invite all heads of state to the Olympic Games.

He said the committee had already begun plans to ensure the nation’s team was ready to participate in the games, adding that the IOC was encouraging all athletes to be vaccinated before traveling to Tokyo. He added that plans with the National COVID-19 Emergency Response Centre, NaCOVERC, were already being made to vaccinate all athletes.

In his remarks, President Julius Maada Bio said that he was happy to receive the delegation. He observed that even though the COVID-19 pandemic had brought difficulties, he was still happy that the spirit of sportsmanship was alive, noting that that was why Japan took up the responsibility to host this year’s Olympic Games.

He encouraged more people to become athletes and represent the country abroad. The President ended by doing a symbolic presentation of the country’s national flag to the NOC chairman to indicate his government’s support of the games.