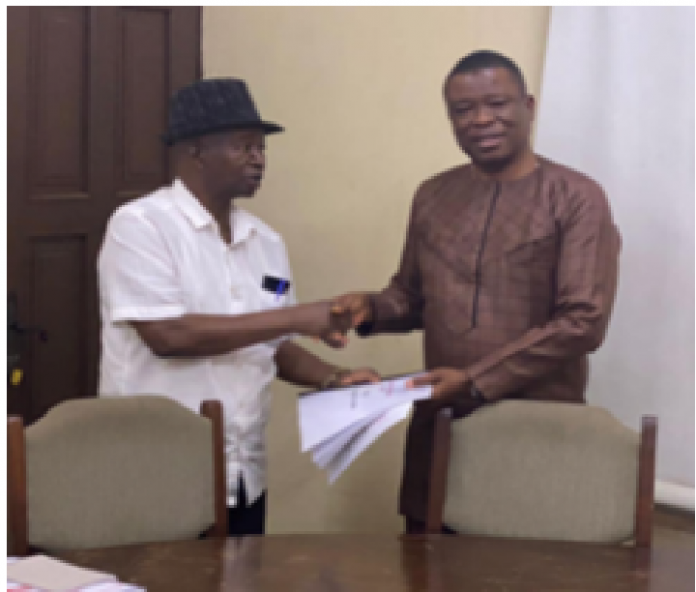 Handing over the new book to the PPRC Chairman, AbdullaiMasiambayBangurah at his State Avenue Office, Secretary General of the APC, Alhaji Osman Foday Yansaneh said the Court gave them an order to choose delegates that will go to the conference to adopt the Constitution.

He said they have done that within the time frame, adding that the delegates did their best and that the Constitution was thoroughly scrutinised and some changes were made until the final document was adopted.

The secretary general went on that after doing all the necessaries they are now happy and that is the reason why they are handing over the final document to the PPRC so that it will be on gazette and after the required time it will become the party’s new Constitution that will be used to conduct the lower level elections.

PPRC Chairman, AbdullaiMasiambayBangurah thanked the APC for obeying the Court Order and doing what is required of them.

“As you all know the PPRC too is part of the court order and we have been working together to make sure that we do not fall prey to the law. I was particularly impressed by the successful delegates’ conference, which shows that your party is ready for a new constitution. I do hope that when it becomes law you will have a good document that will help restructure the party.” Bangurah noted.