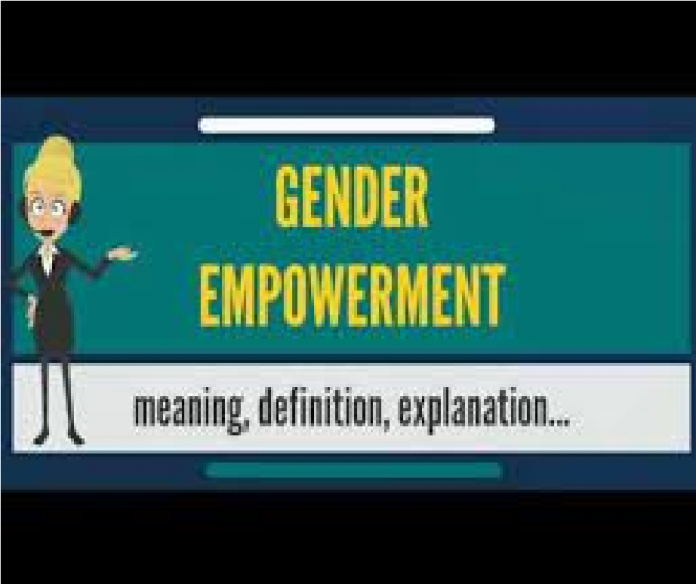 GENDER EMPOWERMENT BILL: THE DEVIL IS IN THE DETAILS

Manty Tarawalli, Women and Gender Affairs Minister is understandably buoyant about the new Gender Empowerment Bill, which has been approved by Cabinet. Her optimism that this will markedly change the fortunes of Sierra Leonean women in the area of empowerment and political representation is infectious. Though the details of the bill have not yet been made public, there is cautious optimism in the ranks of advocates who have fought long and hard for this.

In 1996 Sierra Leone’s first Gender and Children’s Affairs Minister, Amy Smythe reported after an international meeting that Sierra Leone was part of the Commonwealth countries that made a firm commitment to take affirmative action for Women’s empowerment by introducing a 30% quota for women in leadership. Since then a lot of positive rhetoric by various governments has accompanied this issue. Several high profile appointments of women have been made by governments.

There has been a proliferation of groups calling for women’s empowerment. Foremost amongst these is the 50/50 Group which, since its formation in 2001 has made great strides for women in politics, in the boardroom, and becoming decision-makers in public life with their vibrant advocacy and lobbying. They also, along with other women’s organisations were instrumental in producing a women’s Manifesto which addressed, among other things, a series of demands for the achievement of gender equality at all levels and needs, and informed the political parties’ manifestos. Other initiatives have included the Women’s Situation Room and more lately the Women’s Shadow Parliament.

The Social Enterprise and Development Foundation (SEND) Sierra Leone has helped increase women’s representation in elected office in the Kailahun District. The result is that Kailahun now has the highest number of women in governance positions. In the 2012 elections Kailahun was represented by 35% of women in elected office as MPs and Councillors compared to 11% nationally. Thanks to changes in our laws, a lot more women are educated, own their own businesses, can inherit property, can file for divorce and can seek justice for domestic violence.

Despite these gains, there has been a reversal of sorts on the political front. In the March 2018 elections, a total of 132 seats were electable in the House. However, only 17 were elected to Parliament-a 30 percent decline from the previous elections. Women are confronted with limited access to decision-making processes, and access to and control over resources and have also not been able to achieve equitable political representation at different levels of government.

The bill is needed and timely, but what will it entail and how will the provisions be enforced? I happen to know that the resistance to women participating in politics starts with the political parties themselves. I have witnessed cases in which highly competent women were bypassed for party symbols because of chauvinism. Those perpetuating such inequities even include party chairmen, flagbearers aspirants and top party executive members. Women are often not considered because of silly reasons like- “This is war territory. They will not be able to withstand the heat” or some feigned accusation of “immorality”. It gets so terrible that even where a party may reduce application fees for women candidates for constituency MP positions, there would be no takers. Clearly, the parties need to engender this change, through their various constitutions and attitudinal change of their leaderships.

Questions arise as to how the objectives of the Bill will be achieved. Will there be safe seats created for women? How will this be done? Will parties be merely “encouraged to put forward women candidates”? In the area of general empowerment there are also hurdles to be overcome especially for high profile political jobs or jobs in MDAs jobs that can get much too political. The crowded field of “suitable candidates” will also include a host of equally well connected males.

It can be done however. Rwanda embraced President Kagame’s policies and even went beyond the mandatory minimum quota for women. Today Rwandan politics is cited as a model of gender inclusiveness. Aside from Rwanda, there is a heavy female presence in the governments of South Africa, Angola, Mozambique, Seychelles, Tanzania and Uganda.

Congratulations to the Minister for coming up with this bill. The devil is certainly in the detail and we will ultimately see what it contains and how the provisions can be achieved. She should however not be under any illusions that this is a done deal and she should consider standing on the shoulders of the great and admirable advocates of women’s empowerment and participation in politics, who are still as vibrant and vocal as ever, with resolve and humility.

This “honourable” debate has reared its ugly head again! The Speaker of Parliament has weighed in anew on the debate and ruled that Cabinet Ministers should not go by the title of “Honourable”. According to him that “honour” belongs only to Parliamentarians and the top tier of the judiciary! History keeps repeating itself.

Minister of Social Welfare in the government of President Koroma, Dr Sylvia Blyden and the Clerk of Parliament Honourable Ibrahim Sesay at that time had a disagreement on this same issue during the last Parliament. I wrote thus in an article with the same title:

“My attention was drawn recently to a tiff between the Minister of Social Welfare Honourable Dr. Sylvia Blyden and the Clerk of Parliament Honourable Ibrahim Sesay over the use of the title “Honourable”. In her letter titled “Use of Honourable and flying of flag as symbols of Authority”, Dr Blyden challenged him to justify his assertion that it was “criminal” for a sitting Cabinet Minister to use the title Honourable in front of his/her name as well as it being “criminal” for a Cabinet Minister to have his/her official jeep fly the national flag. “If indeed those were your words, I will be very grateful if you could kindly cite me the exact law or legal statute that says a member of Cabinet exercising Executive Authority…… cannot fly the national flag……” Hon. Dr Blyden challenged him.”

But what is the reason for this fight over titles? An article “SLPP Parliament, SLPP Ministers & the “Honourable”” in Awareness Times might give us a clue. It suggests that this may be a “needless slur on Ministers and a further sign of SLPP infighting with Parliamentarians at loggerheads with SLPP Ministers” and attributes to one commentator the following statement:

“Back then under APC, it emerged as a denigration of certain presidential aspirants and other powerbrokers in the then Cabinet. It was a sure sign of serious infighting in the APC back then with APC MPs leading the charge to denigrate APC Ministers. That it is rearing its ugly head once again, and so needlessly, is just another sign of the serious nature of the infighting inside SLPP today. This time, it is SLPP MPs leading the charge to denigrate SLPP ministers,”.

But what is this thing about titles anyway? Titles are thrown around everywhere. It is a surprise that anyone would take umbrage to titles in Sierra Leone. I have seen “servicemen” call people “Doctor” of “Professor” who have not even darkened the walls of a Secondary school. Titles get thrown on people as a sign of respect. Frankly, one has heard so many people called “Honourable” that you can hardly fathom the rationale for this.

The Church also has its share of titles from Deacon to Reverend to Venerable Archdeacon to Right Reverend to Most Reverend etc. To the uninitiated these titles may seem confusing. These are however all “jazzy” titles and one wonders, since Christ actually sought people that he called “fishers of men” whether it would not have been more appropriate to title some of these people “Fisherman” or “Chief fisherman”. On second thoughts this may sound too demeaning to us worldly people! Come to think of it, Bishops are “Chief Shepherds”

My only advice to our Parliamentarians is that to be full deserving of the title “Honourable”, they should:

The Speaker in his wisdom (which has sometimes been mistakenly said to be infinite) should also realize that he should mete out equitable and fair treatment to his Parliamentarians as an “honourable” obligation on his part. He should “honourably” allot enough time to dissenting voices from Parliamentarians (not feigning myopia to overlook vitriolic critics) and accord them the priviledges befitting of their positions. This is the “honourable” thing to do!

In the final analysis people will judge you on how honourable they think you are. If you have unsavoury tricks they may refer to you out of earshot as “that crooked Honourable” or “Tiffman honourable”-they will still leave the “honourable” in place.