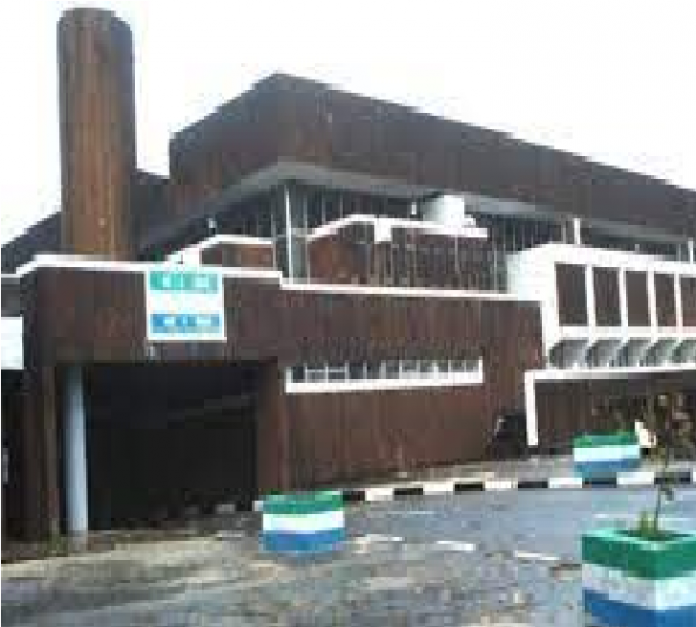 The Parliament of Sierra Leone has on Tuesday 6th July 2021 commenced debate on the Bill entitled: “The Universities Act, 2021”, aimed at repealing and replacing the University of Sierra Leone Act, 2005 (Act No.1 of 2005) before committal.

Following long deliberations for several hours, a motion was moved by the Leader of Government Business and carried by Parliament for the committal of the said Bill to the Committee of the Whole House for further scrutiny before passage into law.

Presenting the Bill, the Minister of Technical and Higher Education, Prof. Alpha Tejan Wurie said Sierra Leone is among few countries in Africa that could boast of tertiary education for over hundred years, adding for the past years, we have two public institutions, save for the recent addition of the Ernest Bai Koroma University of Science and Technology for the improvement of education in the country. He called on Parliament to repeal the old Act and replace it with the new Act that would see the need for additional public and private universities and to provide for the appointment of Chancellors of Universities in the country.

Chairman, Committee on Higher Education, Hon. Festus Mohamed Lansana said Sierra Leone for the past years was lacking sufficient institutions on tertiary education, and added that the demand for higher education has increased considerably and there is huge appetite for additional establishment of Universities to improve on the growth of human capital development in the country. Giving statistical data on education, he said the country needs more engineers to assist in the development aspirations of Sierra Leone.

Hon. Abdul Kargbo appreciated the transformational strides made by the Milton Margai College to a University, and added that the current principal of the university has introduced several educational disciplines to enhance human capital development in the country. He also commended and thanked him for what he described as a “good job”. He also welcomed the news for a regional University to be established in all regions and applauded the Government for taking such bold initiatives aimed at improving the human capital in the country.

Hon. Catherine ZainabTarawally applauded the Government and the principal of Milton Margai University for upholding the standard of education in the country. He also said by making several universities in the country, it would improve on human capital development.

Hon. QuintinSalia-Konneh, an Independent MP from Kailahun District said the Bill is “not contentious”, and welcomed the initiative by the Government for the establishment of additional universities to accommodate more students and urged his colleague MPs to speedily enact the Bill into law.

Hon. Abul Karim Kamara said he is a proud product of Milton Margai College and commended the Government for the positive strides taken so far by the establishment of other universities and urged the Government to establish a university for North-Western Region in the country.

Hon. Saa Emerson Lamina, Leader of C4C said the Government of Sierra Leone has demonstrated fairness to the people of Kono District by giving them a University. He congratulated stakeholders who have contributed immensely to education in the country, moreso to the current Government for taking a loan for the establishment and construction of a University of Science and Technology in Kono District. He called on the newly established universities to be dynamic and provide flexible educational disciplines to fit the test of time.

Hon. Francis Amara Kaisamba praised President Bio for repealing and replacing the 2005 University Act with that of 2021. He said stakeholders from Kenema District played a pivotal role in the establishment of a University in the Eastern Region.

Hon. Dr. Kandeh Kolleh Yumkella, Leader of NGC said decentralization of education is a welcomed initiative and it is an excellent move by the Government. He commended stakeholders who lobbied for the establishment of these Universities and hoped for huge resources to be pumped into these universities for the realization of human capital development in the country. He commended President Bio’s administration for handing over the Universities to seasoned academics through the de-politicization of the education sector.

Hon. Lahai Marah said he is grateful for the establishment of the University of Science and Technology in Kono District. He commended President Bio for relinquishing the position of Chancellor of the Universities, and added that Government should consider establishing a university for the people of Kabala.

Hon. Abdul SulaimanMarray-Conteh commended President Bio for fulfilling another aspect of his manifesto by relinquishing the position of Chancellor. He said technical universities would bring new ideas and skills aimed at improving human capital development in the country. He called on the universities to tailor their courses in the best interest of the nation in order to regain its past glory.

Hon. P. C. Bai KurrKanabaroSankalll said it was the same Minister who brought the University Act of 2005, and commended him for championing the cause of education in the country. He said, this time around, the new Bill would stand the test of time.

Hon. Chernor R.M. Bah said he is in support of the Bill and commended President Bio for fulfilling his manifesto promise on de-politicization of the Universities, and the Minister of Technical and Higher Education for putting a good document together for the improvement of education in the country.

However, he cautioned the drafters to address areas in the Bill dealing with the “memorandum of object and reason”.

Acting Leader of the Opposition, Hon. Hassan Sesay said as an opposition party, they would always support positive initiatives that come from Government, and added that the transformation of Milton Margai College into a university is long-overdue. He thanked President Bio for establishing a University of Science and Technology for the Kono people and called for updated technical courses to be added into the curricula of the Universities.

Concluding the debate, Hon. Mathew Sahr Nyuma, Leader of Government Business said it is a new dawn for the people of Sierra Leone in terms of education, saying “you can use education to kill tribalism and you can also use education for the development of a nation”. He also said that education should not be used as a political tool but rather for the improvement of human capital development in the country.

Regarding digital technology, he said we have to catch up with others to improve on the positive trajectory in our strides to attain quality education. He also hinted on the allocation of funds by Government to improve on education in the country. To address the issue at Limkokwing University, he said the Government has intervened by spending Billions of Leones as part payments to ameliorate the situation between the students and the university. Speaking on the Bill, he assured that Parliament would do its best to pass a Bill into law that would stand the test of time.