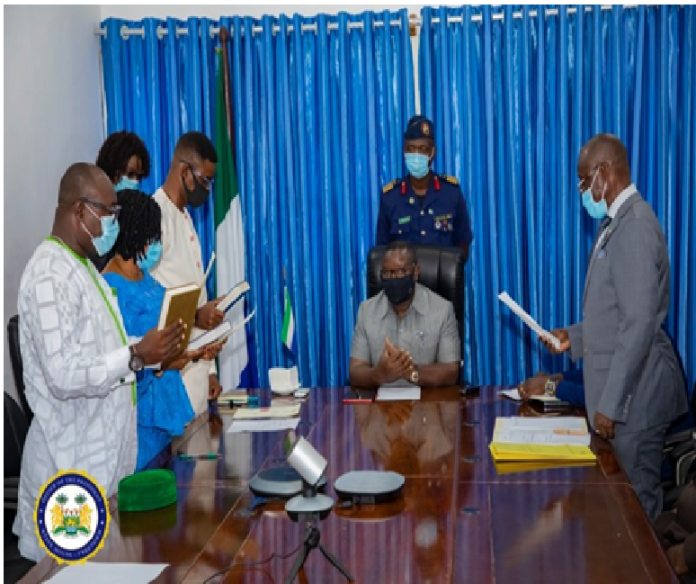 The Constitution of Sierra Leone Act No. 6 of 1991 requires ministers or deputies to take up their duties only after they would have sworn to serve in the best interest of the state and the people of Sierra Leone.

Speaking on behalf of his college deputy ministers, Mr. Sajoh Aziz Kamara thanked President Bio for the confidence reposed in them to serve the country in their various ministries, adding that they would work very hard to make Sierra Leone a middle-income country.

“Thank you very much His Excellency for appointing us in your New Direction Government. We will truly be loyal to you to succeed,” he concluded.

His Excellency President Julius Maada Bio congratulated the deputy ministers on their approval by Parliament, saying that the tasks head were daunting and needed a lot of sacrifice. He, however, assured them of his support and asked them to always call on him for directives that would make their work easier.

“I want to congratulate you and welcome you to this difficult task,” he concluded.