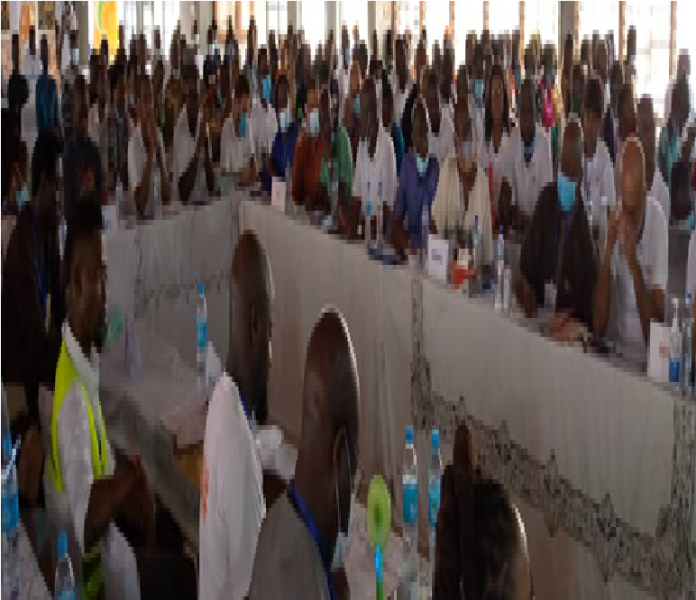 The National Telecommunications Commission (NATCOM) has successfully ended its Sixth Session of the Consumer Parliament at the Njala University, Bo Campus with big plans for the transformation of the telcoms industry in Sierra Leone. The Parliament engaged stakeholders in the telecommunications industry, Civil Society Organisations, the media and consumers among other sectors.

The sixth edition of Sierra Leone’s Consumer Parliament was officially opened by the Hon. Minister of Information and Communications, Mohamed Rahman Swaray.

In his keynote address, the Minister reiterated President Bio’s vision of leaving behind a digitally inclusive country.

He noted that Sierra Leone, like other West African countries, had missed out on three industrial revolutions, adding that it is President Bio’s aim for the country to immensely benefit from the current global digitalization as indicated in Cluster 3.5 of the Mid Term National Development Plan.

He outlined government’s efforts in that direction including a $30 million loan to improve on the fibre backbone and it’s extension to new districts (Kailahun, Bonthe, Koinadugu, Pujehun and Moyamba) with the aim of connecting Local Councils, schools and hospitals, among others, and recalibration of the Universal Access Development Fund (UADF).

The Minister acknowledged the commitment of network operators and all service providers present and encouraged them to frankly discuss efficiency and quality delivery in the Telecoms industry as well as customer rights and responsibilities in the day’s deliberations.

The focused and articulate Minister also emphasized that government has the traditional responsibility to ensure the safety of customers, service providers in the Telecoms industry and the entire country, hence government’s decision to enact the 2020 Cybercrime Bill despite the outlandish misinterpretations of certain portions by some Sierra Leoneans.

In the same vein, Hon. Mohamed Rahman Swaray acknowledged Parliament’s call for extensive consultations and engagements nationwide to allay the fears of sections of society, although several engagements with stakeholders had been done before now.

“His Excellency President Bio’s government wants to create an environment   in which our children will grow up and realize their fullest potentials,” the Minister reaffirmed.