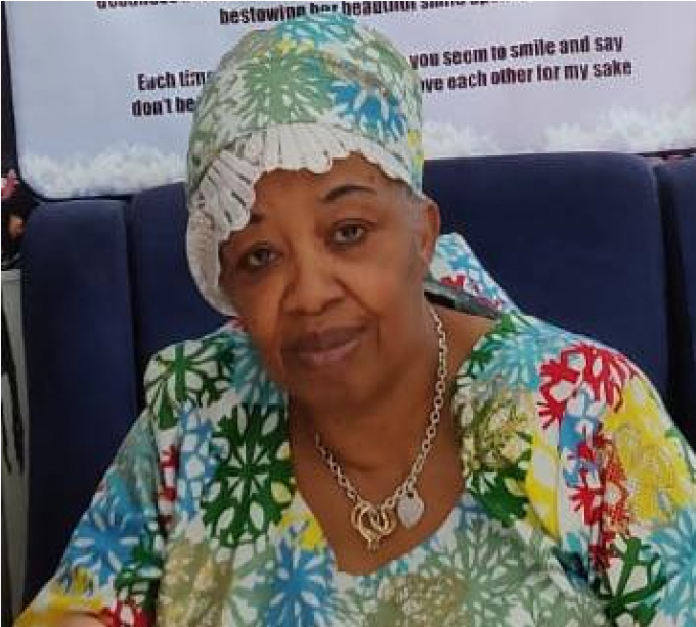 She departed this world on June 22nd 2021 at age 76 years. She was given a fullest Honours Civic Funeral yesterday 7th July 2021 and will be finally bided farewell today after a funeral rite at the St Andrew’s Parish Church, Gloucester village before interment at the Ascension Town Cemetery.

Mrs. Sylvia Editha Jolliminah Blyden served the government and people of Sierra Leone in various capacities including Teacher, Civil Servant rising to the Administrative rank of Senior Permanent Secretary and became the Development Secretary of the Republic of Sierra Leone.

She was also a volunteer Social Worker in especially the Sierra Leone United Nations Association as its Secretary General. The late woman was also of service to Britain who utilised her skills as dual citizen of Britain and Sierra Leone.