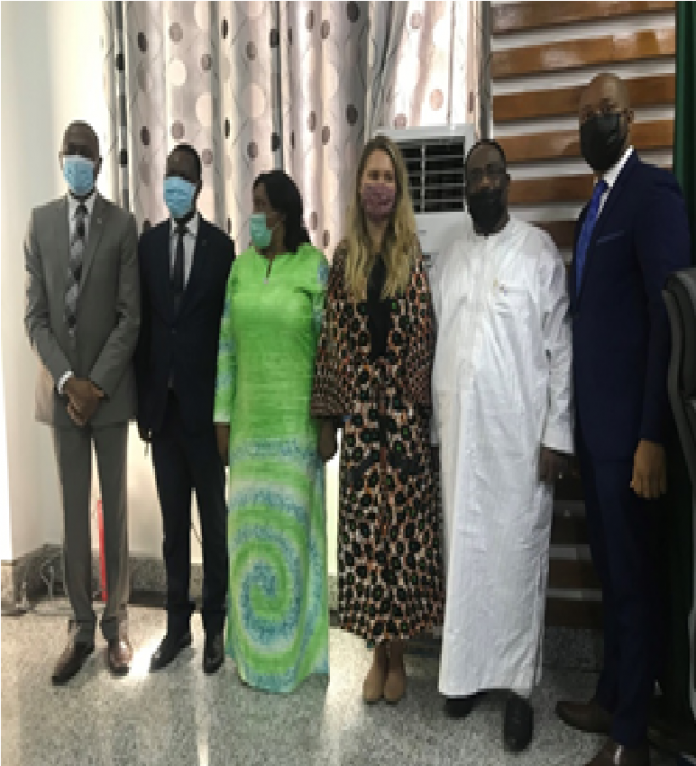 The Ministry of Foreign Affairs and International Cooperation (MFAIC) in support with the British High Commission has commenced a 3-day consultative meeting of the Inter-Ministerial Committee on National Reporting Strategy in preparation for Sierra Leone to go through the 3rd cycle of the Universal Periodic Review.

The Universal Periodic Review (UPR) is a unique process which involves a periodic review of the human rights records of all 193 UN Member States. The UPR also includes a sharing of best human rights practices around the globe.

This plays an important role of peace consolidation for Sierra Leone being a post conflict country. Since its inception in 2006, the UPR mechanism has created a forum under the auspices of the UN for member states to undertake peer review of themselves. This, the member states do through the submission of reports on the laws, policies, and practices they are embarking upon to improve the promotion and protection of human rights within their respective states.

The British High Commission has funded a project to support Sierra Leone in this UPR cycle, with the long term goal for an improved regime of human rights promotion and protection in Sierra Leone through an enhanced capacity of the Government o for the preparation and submission of reports to UPR and treaty bodies enhanced, and recommendations and concluding observations implemented

The Minister of Foreign Affairs and International Cooperation Mrs Nabeela Tunis in the Consultative meeting with the Second Secretary of British High Commission Sierra Leone Katie Hannam, Inter-Ministerial Committee, Civil Society Organizations(CSO’s) other Government Officials and the media, explained that the workshop is part of the project to review the National reporting strategy ensuring it is updated and amended to reflect changes in the country and be in line with the UN’s National Mechanism for Reporting and Follow Up.

The workshop is taking place at the Ministry of Foreign Affairs over the next 3 days. There are two key changes envisaged from this project once executed firstly there will be a national capacity to produce the said reports and  the implementation of the recommendations and concluding observations will improve the realization of human rights in the country, Sierra Leone.

In her opening remarks, the Second Secretary of British High Commission Sierra Leone Katie Hannam, stated that “the UPR is a necessary tool to recognise the successes of Human Rights progress but is a process to identify and learn from fellow member states for where progress still needs to be made. She went on to say that the UK were pleased to be able to support Sierra Leone in submitting its 3rd cycle UPR report. Where the project will focus on implementation of UPR Recommendations with an improved regime of human rights promotion and protection in Sierra Leone.”

Ultimately realization of human rights bring about peace and creates an enabling climate for sustainable development. This is why it is a UK policy priority.

Nabeela Tunis, Honourable Minister of Foreign Affairs in her statement expressed her sincere thanks and gratitude for the British High Commission as development partners in their support for the project. She said: “The National Reporting Strategy is instrumental in national co-ordination and follow up for our obligations of Human Rights in Sierra Leone.”