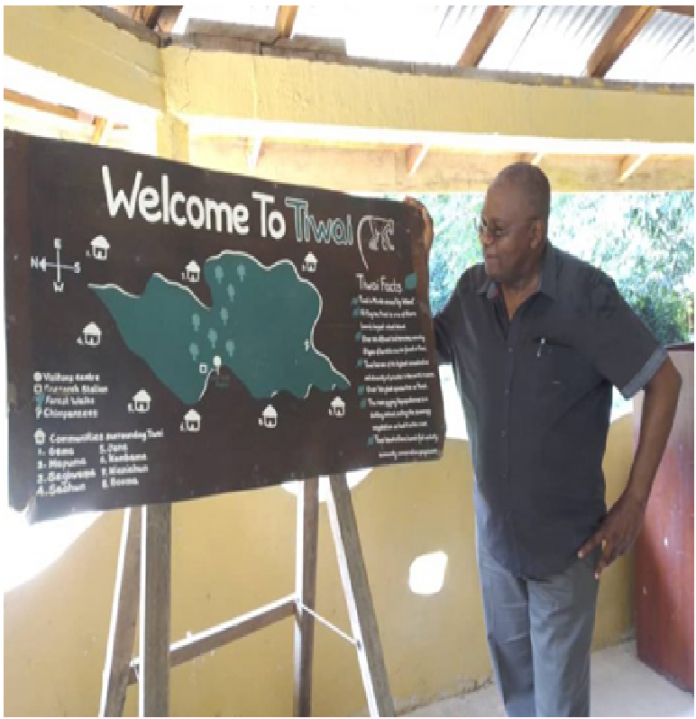 The purpose of the one-day visit was to understand first-hand the status of the University research facilities at the Island and how his Administration would efficiently harness its potentials to promote research within the University.

Mallam O. was received by Professor AiahLebbie, Head of the Biological Sciences Department, School of Environmental Sciences, Director of Research and Development, Professor Richard Wadsworth, Professor Mohamed Imam Bakarr, Senior Staff at the Global Environment Facility in Washington who also doubles as an Adjunct Professor at the School of Natural Resources Management and the Paramount and Regent Chiefs of Koya and Barri chiefdoms in Kenema and Pujehun districts and other town Chiefs of the surrounding communities where the island sits.

Professor Lebbie and his team took the Acting Vice-Chancellor and Principal through the state-of-the-art research facilities rehabilitated and equipped with water and solar facilities courtesy of the US Center for Disease project at the Department.

The rich infrastructure has a well-furnished accommodation facility for students, a research coordinator, an office area for meetings and another building hosting the solar batteries, and a space for a library.

The facility has played host to several researchers both locally and internationally and also served as a teaching and research center for students of the Biological Sciences in the School of Environmental Sciences, Njala University.

Professor Lebbie and his team noted that they were pleased to have received Mallam O. at the Island and reported that he is the second Vice-Chancellor and Principal at Njala University to have visited the Island after Professor Abu Sesay.

They appealed to him to support the sustainable management of the research facilities at the Island noting that this has been a huge challenge for them despite their collaboration with the Environmental Foundation for Africa (EFA) and the host communities.

The Island, Professor Lebbie and his team went on, is challenged with the threats from marmites who constantly invade the building wanting to destroy it. They stressed the need for constant security in the area and the recruitment of an individual with the management expertise to manage the facility and effectively handle the hospitality-related functions of the facility.

Mallam O. while responding assured the team that he has a very strong urge to use research as a vehicle to transform Njala University and hence his administration would fully take ownership of the management of Tiwai Island moving forward.

The Acting-Vice-Chancellor was satisfied that Professor Lebbie and his team had achieved so much at the Island and promised to fully support their efforts moving further.

He recounted that his vision for the research facilities is to equip it and make it accessible to the various schools within the University with a view to supporting teaching and research.

The Acting Vice-Chancellor later met with the Paramount Chief of Koya chiefdom, PC AlameenKanneh, and Regent Chief of Barrie chiefdom, VandiSamai, and other town chiefs and traditional authorities of the host communities.

The community authorities were very satisfied that a sitting Vice-Chancellor and Principal would visit the Island and expressed further support to cement the existing relationship between Njala University and Tiwai Island.

They appealed to Professor Sankoh to help them address the issues of poaching, illegal mining, and the general security of the island and lauded the contributions of Professor Lebbie and his team in promoting and marketing the rich potentials of Tiwai Island to the rest of the world.

The acting vice-chancellor and principal was taken on a conducted tour of the forest where he was shown various plants and also the visitor’s section of the island.

He concluded by assuring the Community People and the staff of the Biological Sciences and the NRM School that he would use his influence both within and abroad to effectively exploit the rich potentials of Tiwai to the world to the benefit of the people of Tiwai Island.

The caretaker acting-vice-chancellor and principal has always nursed the vision that research is the way to go and his visit to Tiwai is another manifestation that he is determined to hit the ground running and bring the much-needed glory to Njala University.

Tiwai Island is one of the biggest islands in Sierra Leone and sits on a 120 hectare of land between Koya Chiefdom in the Kenema district and Barrie in Pujehun.

The Island has over 700 plant species, 350 different types of birds, and various other primates. It is one of the protected forest reserves in the country that has a lot to offer in terms of tourist attraction.

These protected forest reserves across the country are continuously challenged by the lack of much-needed social amenities like transportation, electricity, and water to attract tourists. The situation is further worsening by the activities of poachers, loggers, and illegal miners 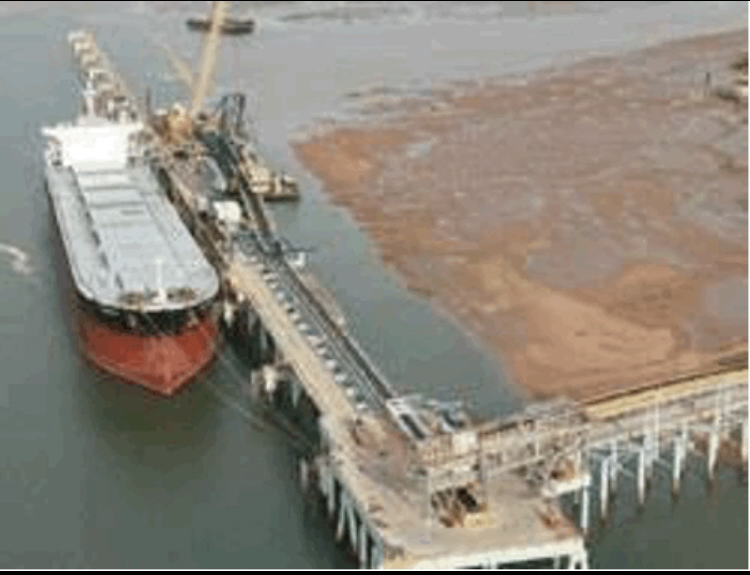