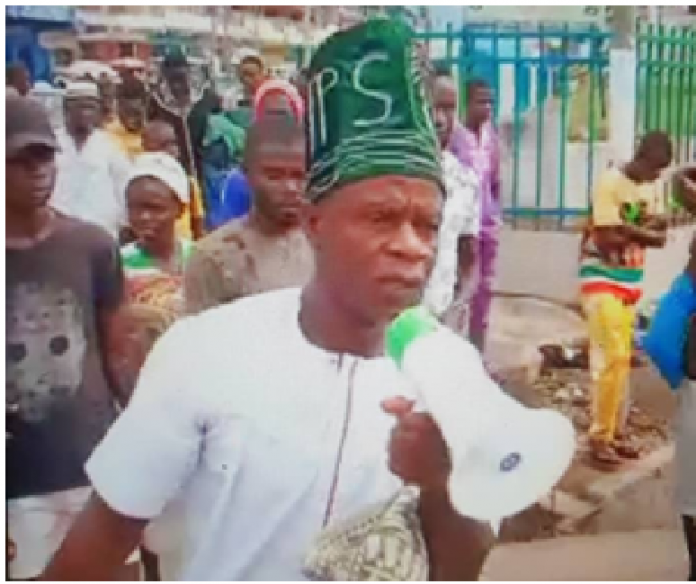 It can be recalled that the convict was on 23rd April 2021 on Hangha road in Kenema using insulting words against the Bios.

Claiming to be a member of the Sierra Leone People’s Party (SLPP) on which tickets the Bios are serving as president, Maada was heard saying on a video posted on social media that Maada Bio and his wife have committed great sins.

He further stated that the Bios lied and failed to honour their promises to the people. He called on them to repent for deceiving the people, whiles also claiming that resources were being misused by the president and his wife.

He also pleaded with people to film him and share it on social media until it reaches the Bios.

Upon his video going viral, Maada was arrested by Police and charged to court on two counts raining from Insulting the President to Insulting the First Lady contrary to 1965 Public Order Act.

Whiles standing trials in court, the accused pleaded guilty on all counts and begged for mercy on the grounds that his actions were as a result of frustration for not being able to see President Bio after several attempts.