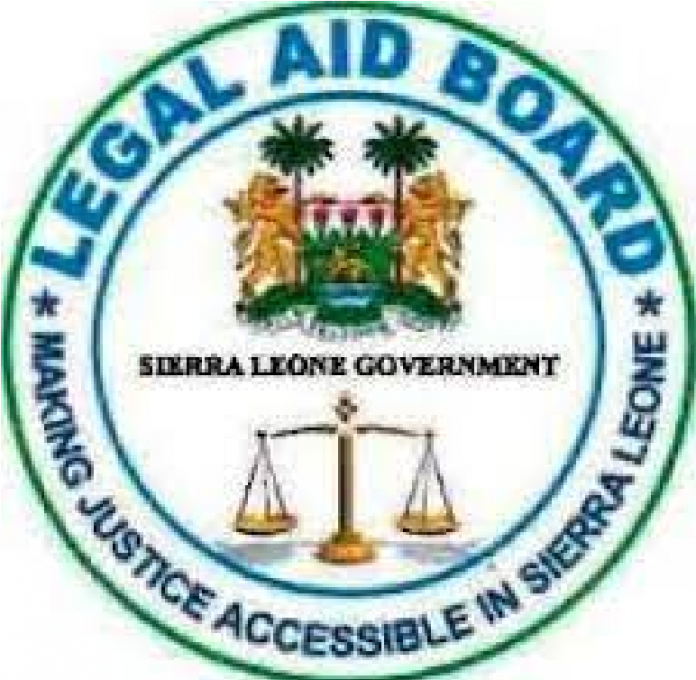 There was jubilation from visibly emotional parents and well-wishers at the High Court in Bo as 21 students walked home free after their sentence and conviction were quashed by Justice Ganda. This follows the granting of an application by the Legal Aid Counsel for the Southern Region, KabbahSeiCoomber.

They were arraigned at the Magistrate Court No. 1 in Bo on the 31st May 2021 where the charges were put to them. They pleaded guilty to both counts. They were all convicted and sentenced to 1 year 6 months each. This is despite the fact that the above legislations make provision for an alternative fine in lieu of custodial punishment.

The sentence sent shock waves among parents of the students who were expecting the Magistrate to have warned and released the students because they had not wasted the court’s time and had shown remorse. Moreover, they were first time offenders.

Aggrieved parents of the convicted students approached the Legal Aid Board Office Bo and appealed for help noting the education of their children could be destroyed for life after serving the sentence. ‘I still do not know how my son could find himself in this situation, he does not drink alcohol or smoke,’ one of the parents said.

Counsel Coomber filed an application at the High Court pursuant to Section 5 of the Summary Review Act Cap 17 of the Laws of Sierra Leone 1960 for the said conviction and sentence to be set aside.

He argued that Count 1 was defective in law and therefore incapable of sustaining a conviction against the accused persons. He furthered that the Pharmacy and Drugs Act 2001 does not contain any Section known as Section 49 (1).

Also, he submitted that the proper charge should have been section 49 (a) of the Pharmacy and Drugs Act 2001 which provides for the offence of Frequenting a place used for smoking Cannabis Sativa.

Counsel Coomber noted that the Learned Magistrate erred in law in the exercise of his sentencing discretion by sentencing the convicts to 1 year 6 months each on Count 2 (Loitering) contrary to Section 7 of the Public Order Act 1965.

He maintained that the Act is clear as to the required punishment for the offence. He added that Section 7 provides that on conviction, the convicts should be sentenced to a term not exceeding 1 month.

In light of the above, Counsel Coomber urged the Honourable Justice Ganda to set aside or quash the conviction and sentence of the convicts which was accordingly granted.

The Executive Director of the Legal Aid Board, Ms. Fatmata Claire Carlton-Hanciles has praised Justice Ganda for squashing the sentence and conviction noting that ‘Justice has been served’. ‘Allowing this conviction to stand would have sent the wrong message to people, that they can waste the court’s time by not pleading guilty even though they know they are guilty of an offence. This is because at the end of the day they will be slammed with the maximum sentence.

Ms. Carlton-Hanciles said they have consistently called for the downgrading of these trivial offences so that people do not have to serve time in prison if found guilty. ‘What’s more, most of the victims of this law are female sex workers and homeless people’, she said, adding ‘A client of ours was arrested for loitering in the Lumley Area in 2019 after he became homeless because his relatives refused to accept him after serving time at the Pademba Road Correctional Center for a drug fuelled assault on her grandmother. This law criminalizes homelessness. It must be scrapped.’