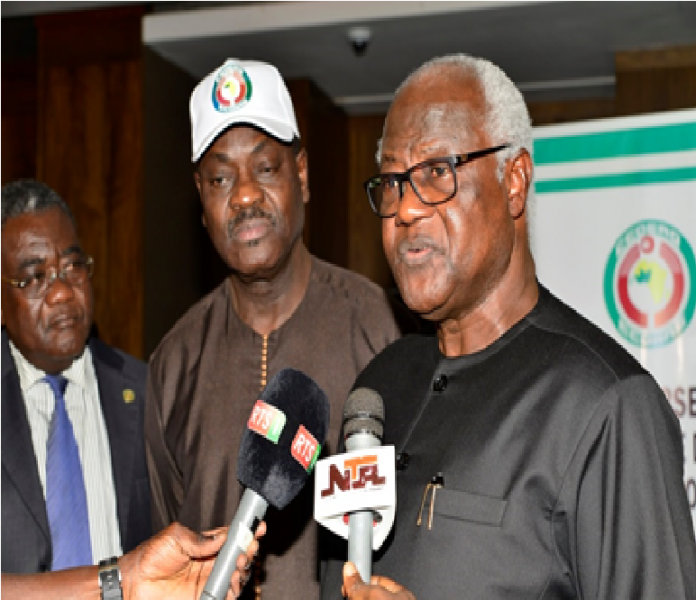 The eighty member observer mission includes experts from the Ministries of Foreign Affairs of Member States, ECOWAS Ambassadors accredited to ECOWAS and based in Abuja, members of the ECOWAS Court of Justice, members of the ECOWAS Parliament, representatives of the electoral commissions of Member States, civil society organisations, media and other experts from the region.

Extending the invitation to former President Koroma, the President of the ECOWAS Commission, Jean – Claude Kassi Brou said the decision for Mr. Koroma to lead the Mission was for the Commission to once again benefit from his rich experience, diplomatic skills and leadership demonstrated over the years.

According to the provisions of Article 14 of the Supplementary Protocol on Democracy and Good Governance, the objectives of this Mission include to engage all key stakeholders to engender consensus for peaceful election and acceptance of the outcome thereof; and establish co-operation links with Non–Governmental Organisations (NGO’s) and other election observer teams to build synergy and work together in the overall interest of the country.

“I am committed to ECOWAS’s aspiration for peaceful, smooth and democratic elections across the region and will continue to do my utmost in support of the provisions of Article 14 of the ECOWAS Supplementary Protocol on Democracy and Good Governance”, said the former president.

During this mission, Mr. Koroma will hold consultations with the various stakeholders, including government officials, members of the electoral commission, political parties, civil society groups, the media, members of the diplomatic corps and other international observer groups.