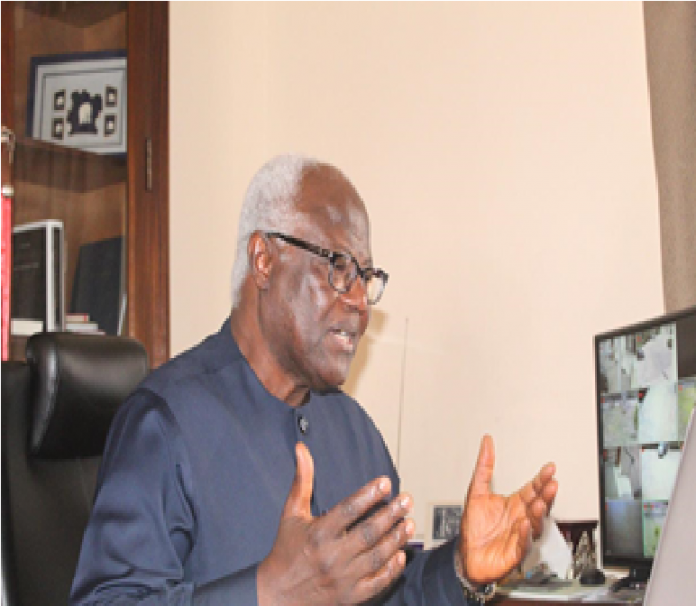 Former President Ernest Bai Koroma has re-echoed his calls for an African Engineering Peace Corps (AfPEC). He was speaking at a convened second virtual Round Table meeting under the auspices of the Horasis community over the weekend.

The high profiled participants including former Nigerian President, Goodluck Jonathan as well as peace and security technocrats deliberated on the way forward for the rolling out of what they described as a commendable initiative.

When implemented as proposed AfPEC seeks for African countries to utilise or contribute a percentage of their armed forces to a special engineering outfit that would address Africa’s infrastructural challenges.

In his opening remarks, former President Koroma articulated his vision for sustainable peace and development for Africa which he said requires “innovative and collaborative approaches in order to maximise the continents growth potential in ICT, technology and agriculture”. He added that the world should come together to support the AfPEC initiative.

Koroma made a strong case for AfPEC by sharing his personal experience regarding how the army was instrumental in his efforts to consolidated peace during his ten years leadership of Sierra Leone.

He also made specific reference of how the military played a phenomenal role in fighting against the devastating Ebola outbreak and in responding to the mudslide disaster both of which killed thousands of Sierra Leoneans.

He said: “During the Ebola outbreak, I successfully utilised the services of the army in building treatment centers, enforcing quarantine and in distribution of food, provision of water and other social assistance. But importantly, the military were also effective in managing some of the holding and treatment centers. And to the amazement and appreciation of the public, treatment centers managed by military medics eventually turned out to be the ones with the highest number of recoveries from Ebola”.

Koroma emphasised; “with more engineering and peace building training for Africa’s youth and military, we shall develop, in alignment with UNSDG and innovative capacity in the engineering sector and peace-building efforts throughout Africa.”

On all fronts, the consensus among the participants is that  that now more than ever, Africa needs to be united in rebuilding back better in all areas and they viewed AfPEC as a strategic mechanism by which to generate the much-needed social infrastructure development outcomes.