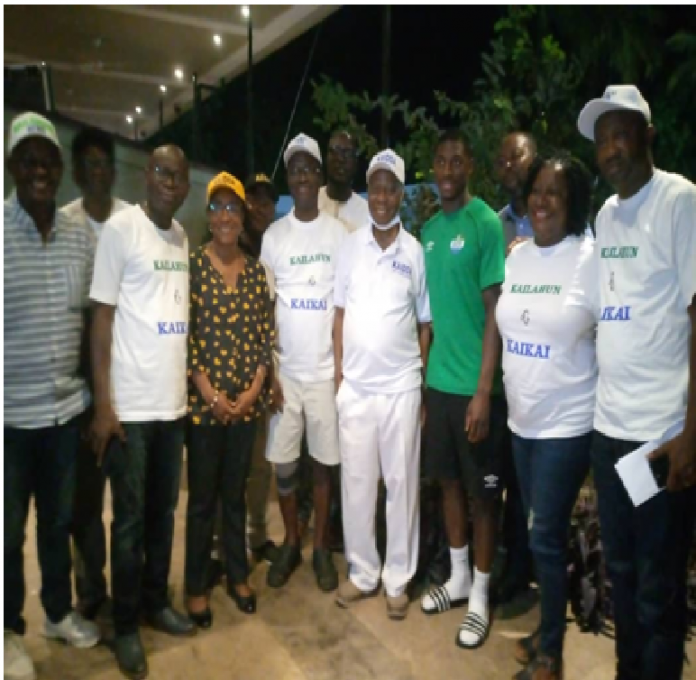 Descendants from the Eastern part of the Country, Kailahun District paid visit to the English born Sierra Leonean International Footballer Sullay BorborKaikai at the Radisson Blu Hotel today in a bid of motivation as the young Blackpool striker received his first call up by Coach John Keister to represent his country.

Kaikai played a great role this season to help Blackpool gain promotion to the English Championship with Seven goals and eight assist. His terrific strike against Sunderland could also be remembered as he clinched the Sky Bet League One goal of the month for April.

I’m very much excited for this call up, this is indeed a dream come true for me. Sierra Leone is my home and I will give my all to ensure that this nation is in the Afcon next year Kaikai explained.

Sullay Kaikai senior, a father to Sullay BorborKaikai also expressed his gratitude and words of emotion about his son’s desire to play for this nation.

In as much as he is born in England, at first I had wanted him to play for England but because of his relationship with many other Sierra Leonean players in England, I gave him the chance to make a choice and he chooses Sierra Leone