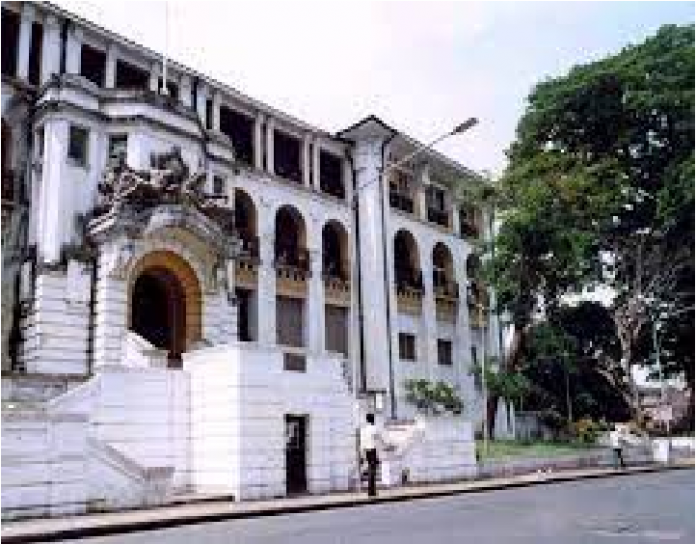 With support from the United Nations Development Program (UNDP), the Judiciary of Sierra Leone through the Judicial and Legal Training Institute (JLTI) has conducted one day orientation for one hundred and twenty-one (121) jurors.

The jurors that were oriented came from Bo, Kenema, Kailahun, Pujehun, Moyamba and Mattru Jong.

Explaining the origin and purposes of the jury system, one of the Supreme Court judges, Hon. Justice Alusine Sesay (JSC) said the jury system is an inherited legal system from the United Kingdom. He revealed that jurors are judges as well, but are judges of the facts, noting that their roles in the dispensation of criminal justice cannot be overemphasized.

He said jurors should be upright in ensuring that justice is dispensed without fear or favour.

“Every accused person is required under jury trial to be tried by their peers and the principal role and purpose of jurors is to deliver justice,” said Justice Alusine Sesay.

Hon. Justice  Sesay said the abolishment of the death penalty posed threats to the jury system, reiterating that notwithstanding the threat, the jury system is still in the law books of Sierra Leone and also functional in other countries.

He said criminal trial is very delicate, stressful and difficult as it involves the taking of one’s life and therefore processes and procedures should be effectively and accurately followed.

He continued, “one of the processes is oath taking, after putting the charges to the accused, he will then take the plea, opening addresses, calling of witnesses, closing address by the prosecution.”

The defence, he went on, “will present a no case submission, if it comes up, the judge has to rule as to whether there is a case or not, if there is a case, it will  move to closing remarks and summing up before verdict is passed by the jurors.”

He told them to note that opening statement by the prosecution is not evidence but a means of introducing the case before them.

Speaking on the empaneling of jurors, Hon. Justice Alusine Sesay said the 1991 Constitution makes provision for jurors to be above the age of eighteen years. Apart from the age limit, he said someone who is not of sound mind should not be empaneled.

He said the accused has the  right to reject anyone three times without being asked, adding that any further rejection, the accused person is required to give reasons for his or her rejection.

Commenting on ‘summing up,’ Hon. Justice Alusine Sesay said this is the moment judges give their directions and therefore urged them to be attentive whilst serving in that capacity as a juror.

While presenting on several topics including empaneling of jurors,  Court of Appeal Judge, Hon. Justice Monfred M. Sesay (JA) said in every community, there are bad and good people and equally so, there are some people who are always committing heinous offences such as murder, treason and robbery with aggravation among others. According to him, these offences require jury services.

He said the criminal justice system is concerned with the protection of rights of peaceful people. He besought the jurors not to judge accused persons because they refused to say something in court.

He reminded them that the aphorism, “silence means consent” is not applicable in court.

He said for an accused to be guilty, the prosecution must prove its case  beyond reasonable doubt and that should be done through convincing evidence presented in court.  He said the verdicts given by jurors should be based on the evidence and not on public views shared on social media or discussed in social groups.

Justice Monfred Sesay said jurors have right to cross examine the accused or a witness in court, adding that same should be done through the foreman.

He went further to say that people whose roles are very vital to the public such as medical doctors, paramount chiefs, mayors, teachers in public schools, bank managers and police officers shouldn’t be empaneled as juror.

On his part, Hon. Justice Reginald Fynn (JA) said ethics is all about doing what is right and as jurors they must know what they stand for and should always stand for what is rights.

He encouraged them to be role models, noting that they are part of the Judiciary and their key responsibility is to ensure effective justice delivery.

Hon. Justice Fynn told the participants that they are expected to be independent, impartial, confidential and above serve with integrity. He said integrity goes far beyond being honest.

He said if any of these attributes is absent in any juror, the credibility of the Judiciary will be undermined.

He warned them to be careful on the use of social media, stating that issues discussed in the ‘deliberations room’ should not be discussed in any WhatsApp group not even with their husbands or wives and children.

“If you are in a group where a particular matter in which  you are serving as a juror are discussed, ask the admin to remove you from the group for the moment and later rejoined,” Justice Fynn said.

He called on them to desist from corruption and its related offences, describing it as a terrible offence.

In her presentation on the topic, Administration and Management and Summoning of Jurors, Preparation and Settlement of Jurors’ list, the Master and Master of the High Court of Sierra Leone, Elaine Thomas-Archibald Esq., said jurors should neither discuss evidence out of court nor out of the deliberations’ room.

She implored them not to have any association or affiliation that will hinder the delivery of justice or affect the outcomes of the verdict. She admonished them to always be in court.

She revealed that the Government of Sierra Leone has provided financial support in ensuring that jurors are effective in their work.

She revealed that a sitting fee or stipend is now appreciable and only jurors that are regular are entitled to those funds.

The Master and Registrar appealed to them to refuse any influence from anyone in the interest of fair justice.

“Let me stress this, any juror who fails to sign the attendance list is not entitled to a fee that is paid at the end of every session,” she said.

The orientation was climaxed with a Mock Session and same will be replicated in Makeni on Thursday, 4th November, 2021.