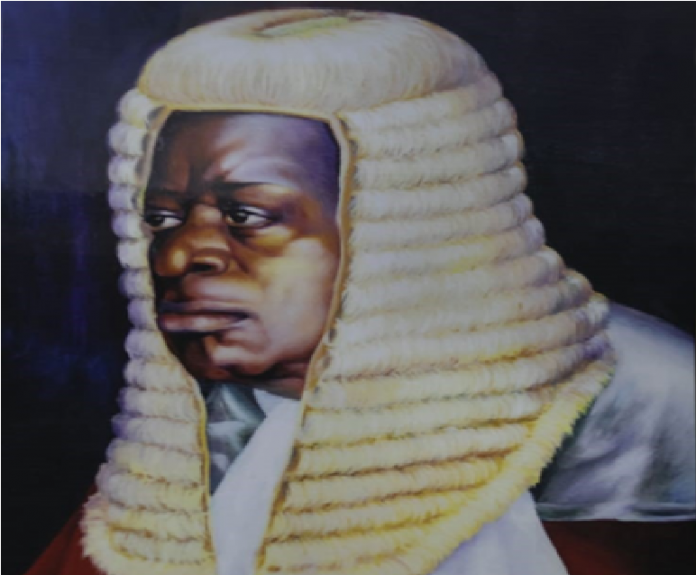 Chief Justice Luke served as Chief Justice of Sierra Leone between March, 1998 and May 2002. He passed away on 27th February 2021. May his soul rest in perfect peace.

In honor of his remarkable and dedicated service to the judiciary and the country as a whole, the Judiciary flag has been at half-mast since the 1st day of March, 2021 as a sign of respect to this illustrious son of the soil.

The Judiciary will open a book of condolence in honour of the late Chief Justice Desmond Edgar Fashole Luke on Tuesday 23rd March, 2021 at 10am at the High Court No. 1 where the book will remain open until the day of his final interment on Friday, 26th March, 2021.

The Judiciary encourages all its active and retired members, members of the Sierra Leone Bar Association and the General Legal Council to attend the signing ceremony of the Book of Condolence as we pay last respect to the life and service of our own.

The late Hon. Chief Justice was born in Freetown on 6th October 1935. He attended the Prince of Wales Secondary School in Freetown, before going to England in 1949 to continue his education at the King’s College, Taunton, Somerset. He later gained admission into the Oxford University, earning a degree in Philosophy, Politics and Economics in 1957. He then continued his studies at Magdalene College, Cambridge University (1959–61), earning a Masters Degree in Law. Returning to Sierra Leone in 1962, he set up a Law chambers in Freetown and was in private practice until 1969.

He contested and lost the1996 Presidential election under the ticket of the National Unity Movement. He is survived by his wife, Monica Luke and children.