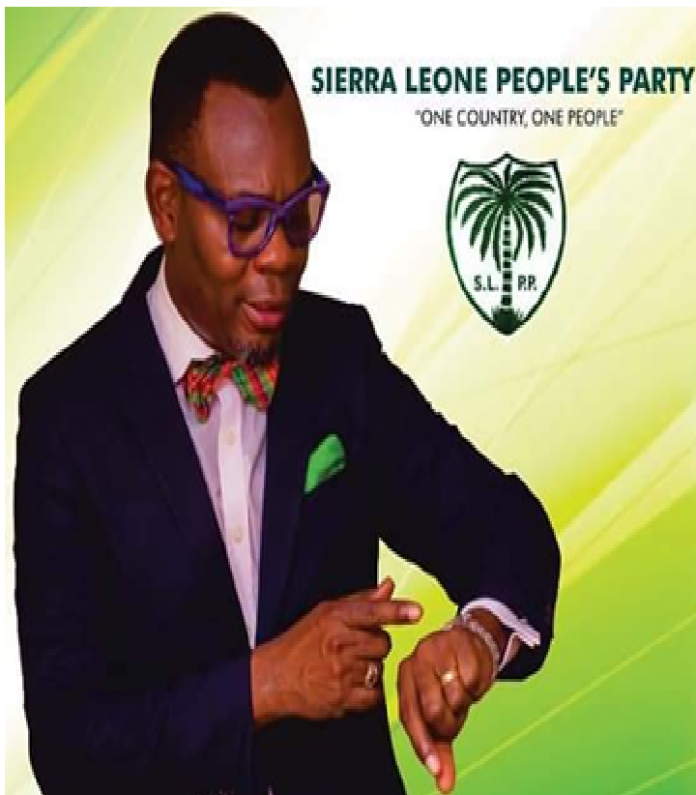 Youthful and popular political, socialite and business philanthropist, Jabez Bunting Rogers-Wright has made his intentions known to vie for the Sierra Leone People’s Party (SLPP)’s National Deputy Chairmanship position in the upcoming National Delegates Conference to be held later this year.

His declaration for the position has met with lots of accolades and celebrations by the hierarchy, delegates and grassroots supporters of the SLPP countrywide, with many expressing their trust and love for the young politician.

In a random vox pop across the country last week, thousands of young and elderly loyalists of the SLPP who spoke to this medium expressed desire and satisfaction to have the youngman seated in that office that any other. Thousands were calling on the leadership of the party, especially its membership and electoral delegates, to give Jabez Bunting Rogers-Wright the opportunity to serve the Party as National Deputy Chairman.

Many people say Rogers-Wright’s popularity cuts across the youth, women, Muslims, Christians and potential delegates as the fittest person to serve in that office if only the SLPP and Julius Maada Bio is to win the 2023 general elections.

They said with Jabez Bunting Rogers-Wright seated at that office, the SLPP will swiftly sweep huge votes in the Western Region, despite perceived to be the stronghold of the main opposition All People’s Congress (APC).

Jabez Bunting Rogers-Wright has given relentless services to the SLPP for over 25 years in various capacities including Western Area Regional Young Generation Leader.

As a businessman and a popular socialite known locally and internationally for his credibility and steadfastness, he was one time Chairman of the Credentials Committee for two SLPP flag bearer elections.

Jabez Bunting Rogers–Wright formerly joined the SLPP in 1994 during the interim chairmanship of Late Salia Jusu Sheriff. He was also a Parliamentary Candidate for Central 2 in the 2002 Presidential and Parliamentary Elections under the SLPP ticket.

He served as Young Generation Leader 2004 and contested the local council elections in that same year.

Having served in various technical and strategic committees of the party, Jabez Rogers-Wright is one of the most loyal and enduring westerner (Krio) of the SLPP.
Speaking to this press the reason why he is the fittest candidate for the position he said: “As politician with a vision of making SLPP a stronger family, I thought it prudent to vie to become the next SLPP Deputy National Chairman in a bid to help unite the party. My vision includes wooing back into the party members who for various reason(s) have left the party to come back to the SLPP fold”.

According to him, if elected he will ensure that all those who that have contributed to the success of the party will be recognized for their valuable contributions.

He reiterated on his commitment for the establishment of marketable strategies how the party will win considerable number of parliamentary and councilors seats in 2023 elections in the region.
Jabez is member of various social and corporate organizations in the country.

He attended the Prince of Wales School, Kingtom. He holds a diploma in Business Administration from the London Chamber of commerce, BA Honours in Marketing from the Irish University, UK.

A Chartered Marketer with a 25-year experience in Marketing, Business Development, Public Relations and Insurance.

He has worked at top management level in various private institutions includes Xerox, SBTS, Tigo (SL), International Insurance company to name a few. He is a Christian by religion, married to a beautiful wife with 4 kids, 2 boys and 2 girls.