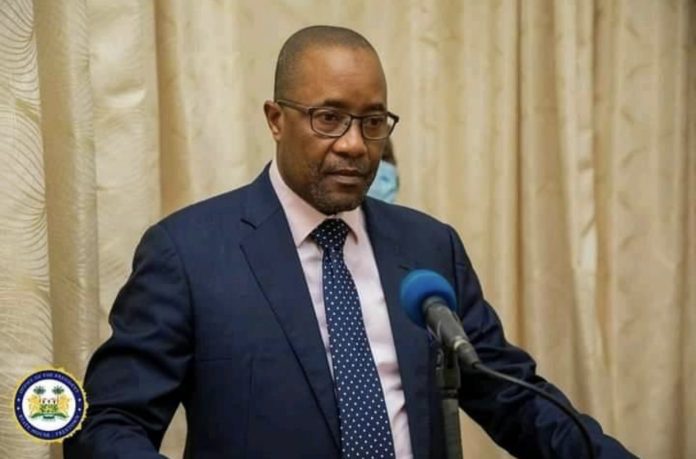 The Minister Of Information and Communication, Mohamed Rahman Swarray, has assured members of the Sierra Leone Film Guild and representatives of other pressure groups in the Film Industry, fondly referred to as Sollywood, that a recently developed Policy on the film industry in Sierra Leone will now be given the green light by Government and an enactment process commenced after the policy is reviewed.

Speaking to a delegation of Film executives at the Ministry of Information and Communication Conference room on 14th March 2022, the Minister said he was impressed by their peaceful but very effective protest on social media, describing the action as very objective and progressive.

“I think we have come a long way as a nation in the art of filming but we have not given the industry the right attention until now. As a government, we are committed to ensuring that our entertainment industry, especially our actors, actresses, producers, directors and all professionals in the film industry, have the opportunity to realise their potentials. They have lost a lot to foreigners who have used and misused their talents and by extension, cheated our own human capital development” Mr. Swarray emphasised.

After his resounding assurances for the venture, the Minister instructed the Director of Information, Mr. Emmanuel Turay, to access the already approved funds for a national review of the Film Policy by all stakeholders in the film industry, after which event, he will take the policy to cabinet and start its enactment process.

In response, Mr. Edward Kargbo, a senior Film Industry executive, said this has never happened in the history of this country and that this government will go down in history as the first Government to have a Film Act enacted in Parliament. He thanked the Minister for his unflinching support to the whole process and promised that they will do everything to ensure the policy is properly reviewed and presented for subsequent submission to Cabinet by the Minister and final approval for it to be laid before Parliament.

Meanwhile a two-day National Conference on the Policy, fully funded by the government, will be held a week from today and it will bring together all Film professionals from across the country, for a thorough review of the already developed policy.