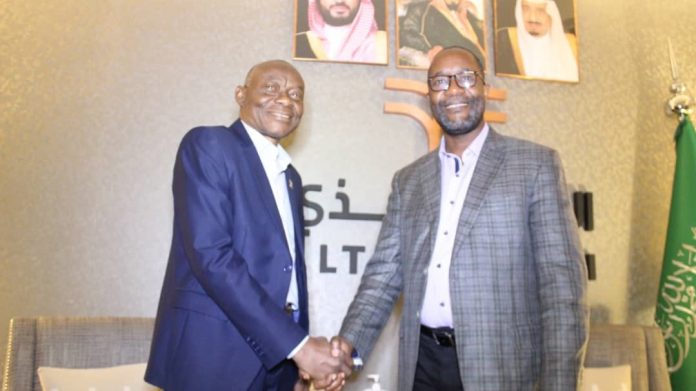 Sierra Leone’s Minister of Information and Communications, Hon. Mohamed Rahman Swaray has in the early hours of Monday, November 28, 2022, arrived safely in Riyadh, Kingdom of Saudi Arabia, for a working visit and a symposium organised by the Islamic Military Counter Terrorism Coalition (IMCTC).

The minister is attending the conference together with Lt. Col. Issa Bangura of the Ministry of Defence (M.O.D), Abdul Karim Will of the Office of National Security (ONS) and George Lewis of the Sierra Leone Broadcasting Cooperation (SLBC).

The conference is scheduled to take place today 29th November, 2022, at the IMCTC Headquarters in Riyadh, Kingdom of Saudi Arabia.

Delegates from 28 accredited member countries are attending the conference, which is the first symposium to be organised by the IMCTC since its formation in 2015.