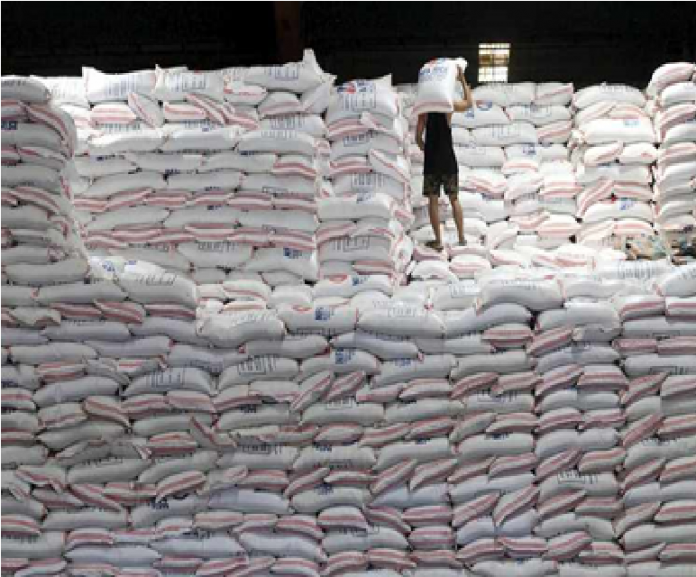 In her welcome statement at the handing over ceremony which was held in the Ministerial Conference Hall of the Ministry of Foreign Affairs and International Cooperation, the Director General and Ambassador-at-Large, Florence Nyawa Bangalie, said the event was an enormous collective efforts by different entities since the arrival of the India Non-Basmati Parboiled rice some several weeks ago at the Queen Elizabeth II Quay.

She recalled that on 5th February, 2021, the Government of India had also donated a large quantity of medicines to help in the fight against COVID-19 and other illnesses.

Handing over the donated rice, the India High Commissioner to Sierra Leone, H.E Rakesh K. Arora reiterated the commitments made by his country’s Vice President during his October, 2019 visit to Sierra Leone.

These commitments, the India High Commissioner said, have been fulfilled with the provision of about 1000 metric tons of India Non-Basmati Parboiled rice and the establishment of an India Resident Mission in Freetown.

The rice, he said was donated to the Government and People of Sierra Leone by the Government and People of the Republic of India as humanitarian aid, and that the establishment of the India Resident Mission in Freetown is to ensure efficient implementation of India’s development cooperation and capacity building programmes, as well as public services such as the issuance of visas to Sierra Leoneans.

India and Sierra Leone, he said have continued to share warm and cordial diplomatic ties that have spanned for decades.

This relation Mr. Arora said has led the two countries to sign numerous MoUs and to agree to hold the inaugural meeting of the Foreign Office Consultations in Freetown on the 25-26 March, 2021.

He assured the Minister of Foreign Affairs and International Cooperation of the India Government’s commitment in strengthening the bilateral the ties of cooperation between the two sister countries.

Giving the Key Note speech, the Minister of Foreign Affairs and International Cooperation, Nabeela Farida Tunis, said the handing over ceremony of the donated rice by the Government of India to the Government and People of Sierra Leone as humanitarian assistance was a remarkable event as it serves as a testament to the friendly relations between the Peoples of the two countries.

She expressed thanks on behalf of His Excellency President Dr Julius Maada Bio, the Government and People of Sierra Leone to the Prime Minister and People of India for the humanitarian offer.

This, Minister Tunis said has come among several sustained bilateral engagements the India government has ensured since the sisterly countries established diplomatic relations decades ago.

The donated 1000 metric tons of rice, she said would certainly go a long way in helping many vulnerable Sierra Leoneans.

Sierra Leoneans, the Minister said, are pleased with the efforts of the two governments in strengthening the bilateral bond that is existing between the two countries, adding that the cooperation agreements signed by the two Governments are invaluable in cementing the bilateral ties.

The Foreign Minister commented that, the Foreign Office Consultations which will be the first to be held in Freetown in the coming days, would provide the opportunity for further bilateral engagements and cooperation on global issues.

Mrs Tunis renewed the assurances of the commitment of the Government of His Excellency Dr Julius Maada Bio to further deepen and strengthen the friendly relations between the two nations.

She expressed confidence that Sierra Leone will leverage the presence of the India High Commission in Freetown to explore more potential areas of partnership for mutual benefit of the two countries.

She concluded thanking the High Commissioner, Mr Arora for his kind gesture in facilitating the arrival of the rice. Mrs Tunis also thanked the Ministry of Finance, the Shipping Agency for their support in clearing the rice within the shortest possible time and E&S for providing the storage facility.