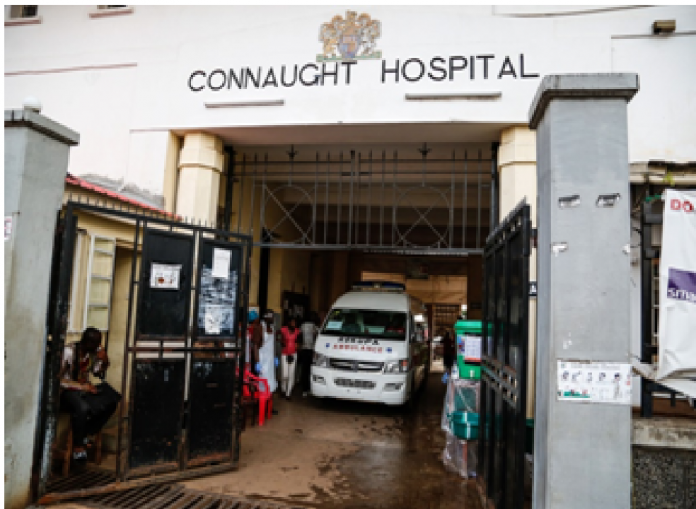 The Health Reporters Network-Sierra Leone (HRN-SL) has expressed serious concerns and dismay over the unfortunate incident that took place at the Connaught hospital in Freetown leading to the molestation and wounding of Dr. Jackson on Tuesday 13th April 2021. “We note with displeasure the manner in which officials from the Ministry of Health and Sanitation handled the ongoing strike action by cleaners that led to the molestation of Dr. Jackson in the view of colleague doctors, patients and staff of the hospital” the Network stated.

It went on to say: “We are particularly shocked by the incident involving high ranking members of the ministry including the deputy minister, the Permanent Secretary and the Chief Medical Officer” adding that as health reporters; “we condemn such act of violence meted on a female doctor who continues to make sacrifices by working under serious odd conditions in the hospital.”

The Network believes that the act is a complete breach of her human right and that this act of violence is unacceptable in this twenty-first Century.

“We call for an independent investigation into the incident as such conduct from officials of the ministry of Health and Sanitation amounts to gender-based violence and human cruelty. While we believed that medical doctors are supposed to uphold high standards and channel grievances to appropriate authorities, we also note the lapses within the Connaught hospital when it comes to sanitation and hospital management. We are calling on the Government of Sierra Leone and the leadership of the Ministry of Health and Sanitation to take appropriate action on this incident. It is our belief that government officials, especially senior officials are expected to uphold highest standard in the exercise of their functions” the reporters stated.