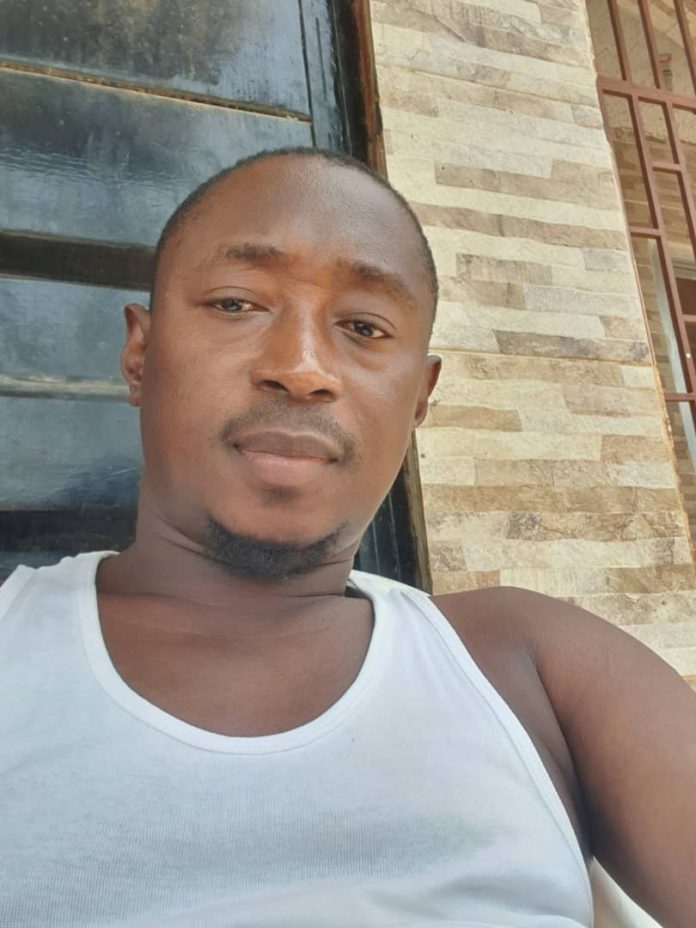 36-year-old youth named Lansana Kamara, who is currently on the run and seriously being hunted by police, religious groups and local residents on allegations of practicing gay act and also inciting other young people to join him in the devilish act, has got missing.

Mr. Kallie Kamara, an Imam (Muslim Scholar) in the Lumley Central Mosque, is the father of Lansana. He said the family was shocked when news broke out that his son was arrested at a secret gay party raided by police on Wednesday September 29, 2021 at a hideout in Malama Lumley.

According to him, the family has a strong Islamic background that is strongly against same sex relationships, adding that he was never aware of his son’s involvement into gay relationship.

Mr. Kamara went on to explain that before Lansana’s devilish act, he was the crowned and ordained Chief Imam of the Lumley Central Mosque but that shamefully, he was disgracefully ripped off the positions when the Mosque’s management and community heard of his son’s evil act.

“I will ensure myself and my entire family join the community and the police to search for Lansana and let him face the root of the law. Whether he is to face death or life imprisonment is nothing I care about. He must be punished for dragging our family’s name to the mud.” Mr. Kamara ended.

Head of Crime Services of the Sierra Leone Police, Lumley Division, Inspector Mustapha Sesay, spoke to this medium on the issue.

He said when the received tip-off from an anonymous caller at around 8:00pm on 29th September, 2021, informing the police of an ongoing gay party, where young people (all men) were celebrating a secret wedding reception between two youngmen, the police wasted no time to send forces to the scene. Upon arrival at the scene, Inspector Sesay explained, they met the scene as described by the unanimous caller.

He said: “We met three rooms occupied with couple of youngmen (gays) having sex with each other. At the living room, we met other youngmen (gays as well) dancing with each other and some eating. We were able to arrest 9 people including one Lansana Kamara, who was described as the Gay Leader who championed the wedding and party at the raided house”.

He said the same night, police raided Lansana’s house at Ashwood Drive in Malama Lumley and arrested some members of his family including his father who were put on police bail in the morning of 30th September, 2021 pending police investigations.

In other countries, the struggle of LGBT (lesbian, gay, bisexual and transgender) people for equal rights has moved to center stage. LGBT people are battling for their civil rights in Congress, in courtrooms and in the streets. Well-known figures are discussing their sexual orientation in public. Gay and lesbian people are featured in movies and on television – not as novelty characters, but as full participants in society.

But in Sierra Leone, LGBT people continue to face real discrimination in all areas of life. No law prevents a person from being fired or refused a job on the basis of sexual orientation. The nation’s largest employer – the Sierra Leone military – openly discriminates against gays and lesbians. Mothers and fathers lose child custody simply because they are gay or lesbian, and gay people are denied the right to marry.