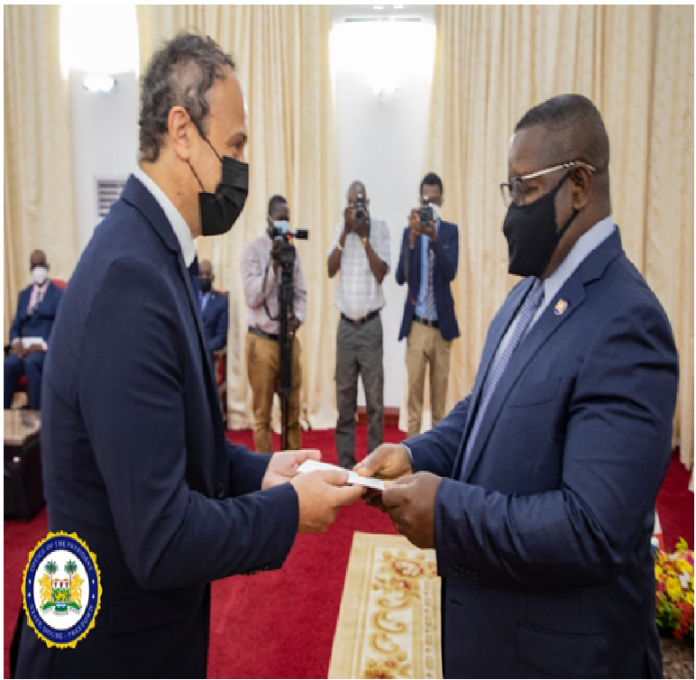 French Ambassador Designate to Sierra Leone, Marc Fonbaustier, residing in Conakry Guinea, has presented his letter of credence to His Excellency President Dr Julius Maada Bio during a short ceremony at the Credential Room at State House.

Sierra Leone and France have had a diplomatic relationship for a long time, almost soon after independence in 1961, and since then that friendship has flourished.

Since their closure in Freetown in 1996, the French embassy in Guinea has covered Freetown and since the 2014 closure of Sierra Leone embassy offices in Paris, France now has an honorary consul in Freetown while the Sierra Leone Ambassador to France now resides in Brussels.