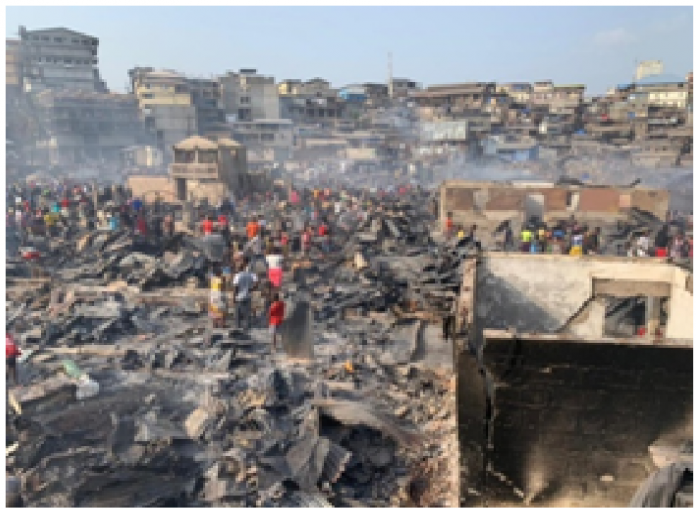 Funds will help the Sierra Leone Red Cross Society in assisting the victims with emergency support for shelter and basic non-food items through cash, but also food, psychosocial support and safe water and sanitation to prevent waterborne and hygiene-related diseases outbreaks.

Families also need support to restart their daily activities to avoid slipping into extreme poverty and hunger. The aid will benefit the 1,000 most vulnerable among them who have lost their homes, food stocks, money and other valuables. Priority will be given to families who have members with disabilities, to the elderly, lactating mothers, pregnant women, children under 5 and households headed by women.

This funding to the Sierra Leone Red Cross is part of the EU’s overall contribution to the Disaster Relief Emergency Fund (DREF) of the International Federation of Red Cross and Red Crescent Societies (IFRC).

The European Union and its Member States are the world’s leading donor of humanitarian aid. Relief assistance is an expression of European solidarity with people in need all around the world. It aims to save lives, prevent and alleviate human suffering, and safeguard the integrity and human dignity of populations affected by natural disasters and human-made crises.

The European Union is signatory to a €3 million humanitarian delegation agreement with the International Federation of Red Cross and Red Crescent Societies (IFRC) to support the Federation’s Disaster Relief Emergency Fund (DREF). Funds from the DREF are mainly allocated to “small-scale” disasters – those that do not give rise to a formal international appeal.

The Disaster Relief Emergency Fund was established in 1985 and is supported by contributions from donors. Each time a National Red Cross or Red Crescent Society needs immediate financial support to respond to a disaster, it can request funds from the DREF.  For small-scale disasters, the IFRC allocates grants from the Fund, which can then be replenished by the donors. The delegation agreement between the IFRC and ECHO enables the latter to replenish the DREF for agreed operations (that fit in with its humanitarian mandate) up to a total of €3 million.