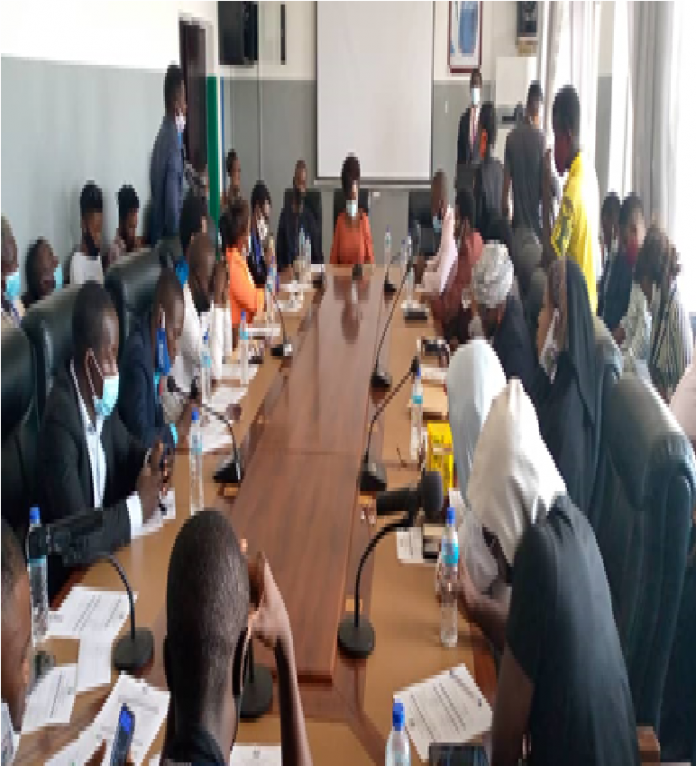 The Ministry of Information and Communications has ended engagement of stakeholders in the film industry on the Draft National Film Policy.

The one-day consultative meeting was held in the conference room of the Ministry of Information and Communications.

Madam Gobeh-Kamara entreated the participants to continue to stick together as there is nothing they cannot achieve if they work together.

She disclosed that the consultative meeting was part of series of meetings the ministry had held with various stakeholders in the film industry and expressed happiness that all of them had been brought under one roof to accomplish the same goal.

As a government, she furthered, they were aware of the film industry’s efforts to   tackle youth unemployment by providing employment opportunities for young people in the country.

“If we all continue to work as one with one voice the sky will be our limit; there are so many untapped talents across the country waiting to be harnessed, but that can only happen if we come up with a film policy that will be all inclusive and represents us all,” the Deputy Information Minister underscored.

The Chairman of the Sierra Leone Film Guild, Daramy Kabba, expressed profound thanks and appreciation to the Ministry of Information and Communications, members of the Sierra Leone Film Council and all those who contributed in diverse ways to making it possible for them to deliberate on such an important document that he said will change the direction of the film industry in the country.

The Chairman of the Sierra Leone Film Council, Michael Ibrahim Kargbo, on the other hand, commended the leadership of the Ministry of Information and Communications for taking the bold step in bringing them together to deliberate on the draft policy which he described as significant.

He called on all participants to take the engagement seriously and also appealed to them to put all their differences aside and work towards the development of the industry.