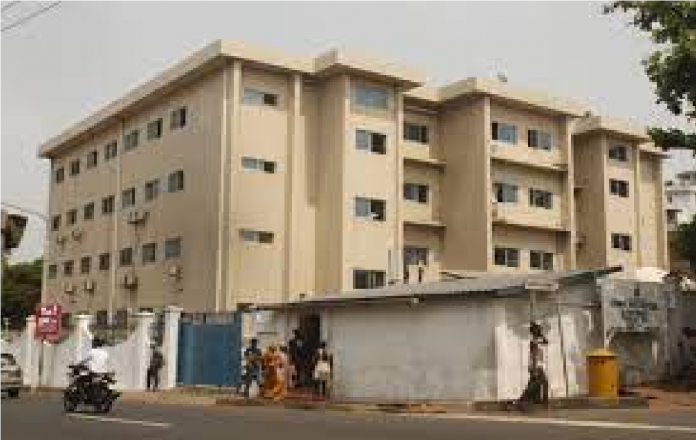 The Chief Executive Officer of Orange Mobile Company in Sierra Leone, Aminata Kane is currently being investigated for alleged Spying, Tax Fraud and other felonious offences.

Online research indicates that Spying is a clandestine activity of securing political or military information about a country or government for the benefit of a foreign corporation or nation.

This act is usually carried out by big corporations or individuals working under a secret identity of a foreign interest.

Kane and three other senior staff of Orange-SL were arrested and detained by officers of the Criminal Investigations Department (CID) but were later released on bail pending the outcome of the investigations.

A source at the CID informed this press that Kane and the other three suspects were put on Le100 million bail and were also asked to surrender their travelling documents.

The source also says that they are being treated as “diplomatic suspects” and have been asked to report every day to the CID until such a time when the investigation is completed or the matter charged to court.

The investigation of Aminata Kane is coming at a time when her company Orange-SL is trying to cleanse its corporate image from allegations of tax fraud. Media reports abound to suggest that the National Revenue Authority is investigating the company for an alleged tax evasion.

As if this was not enough, the company was recently fined by the country’s telecoms regulator, NATCOM, for tampering with network frequency in Kamboi-Blama and Blama-Gbandi.

NATCOM ordered a fine of over Le4 billion for the illegal use of Upper 6GHZ Microwave Transmission Frequency that affected the operations of other service providers.

It is not yet clear to what extent the alleged act of Aminata Kane and her co-suspects have negatively impacted the security of Sierra Leone and whether the investigation would lead to the pressing of criminal charges.

All attempts to get an official response from Orange-SL proved futile but this press stands ready to publish the side of the company if they so desire in subsequent editions.