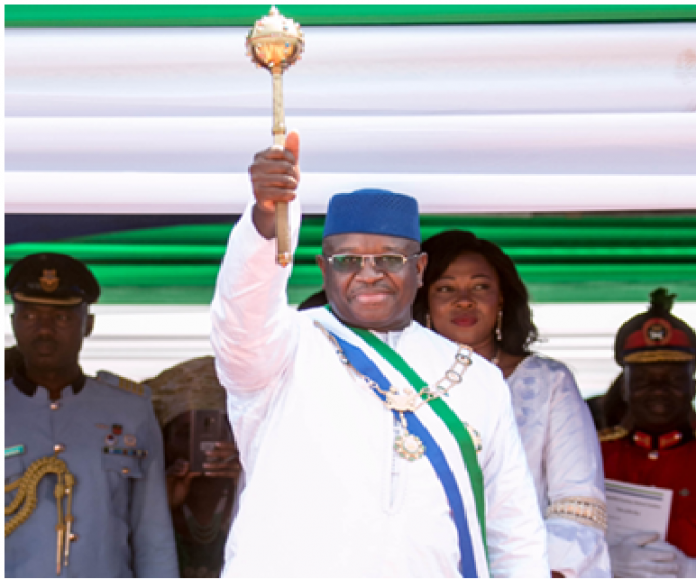 President Julius Maada Bio has received praises from countrymen and women for what they described as his ‘wise and transparent move’ to tour media institutions in Sierra Leone on his first 3 years in governance.

It can be recalled that the president past week visited the Sierra Leone Broadcasting Corporation (SLBC), the Africa Young Voices (AYV), Radio Democracy FM 98.1 and Media One Center (Star Television) respectively, where he directly engaged citizens on his government’s administration after 3 years.

Some residents who spoke to this writer over the weekend said this single action by the president has strengthenedthe country`s democratic credentials.

The president’s constructive responses to the though and excellent questions during the tour have put to rest many doubts and there is a lot of clarity now on governance issues.

He handled the questions with facts and where there are mistakes, he admitted. That is one of the fundamentals of leadership. The president was very much composed and by all indications, he understands the issues.

For some of the issues, he gave understandable rudiments solutions and for others,he was very detailed putting all the facts on the table.

The president employed a consistent way to tell the people that eventhough Sierra Leone still has issues as a country, but his administration is not a failed administration as the opposition is struggling to make Sierra Leoneans believe.

President Bio made no excuses and he told the world that his administration is on track with pragmatic explanations.

Sierra Leoneans are very much impressed that the president was very much constructive both in style and substance. His address of the issue of tribalism and division was another apt response.

President Bio convincedhis listeners that his appointments were purely based on qualification and the spoil system.

‘When you come in,you get rid of all these who you think will not be on the same boat with you when it comes to your nation building strategies. Not necessarily tribalism’ he stated.

Many people believed that the president’s interviews have started changing mind sets again.