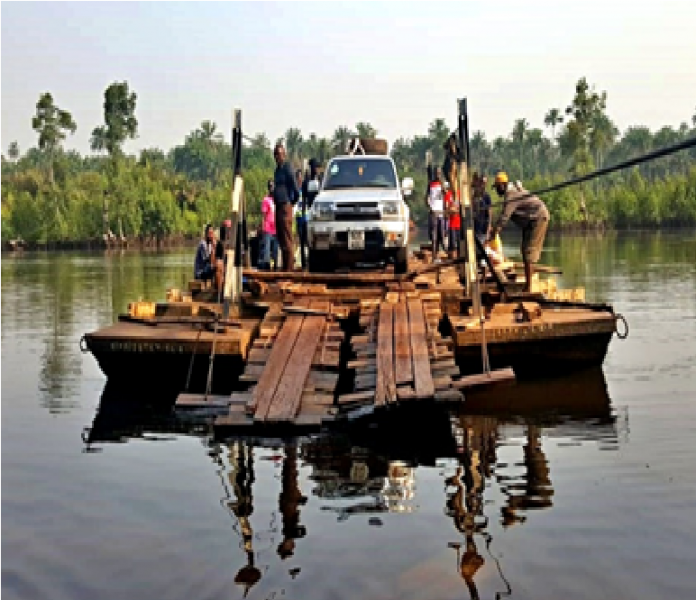 President Julius Maada Bio has assured the people of Tambakha chiefdom that in a short while his government will replace the broken Kabba Ferry in Kamakwie with a modern bridge that will link the two Tambakha chiefdoms with other chiefdoms in the Karene district.

Explaining the historical relationship between the Sierra Leone People’s Party (SLPP) and the people of the two Tambakha chiefdoms, Constituency Youth Leader, Alhaji Kamara, said they had been a major player in the formation and development of the party.

He added that that was why after the late President Ahmad Tejan Kabbah, President Bio was the second sitting president to visit their chiefdoms, regardless of what he called a hard-to-reach area.

“Your Excellency Sir, the youth and everyone in our two chiefdoms are happy that you visited. We will continue to support your agenda to transform the entire nation,” he stated.

Alhaji Kamara also advocated for the construction of a community centre, a health facility, a senior secondary school, the construction of major roads and a bridge that would link the two chiefdoms with Kamakwie, which he said would ease the long-suffering of the people.

In his response, the President told people of the two Tambakha chiefdoms that after nearly three years in office as President of the country, he saw the need to tour the district and discuss development plans with the people.

He further stated that the people were at the centre of his development agenda, saying that he would continue to strengthen the human capital of the country for lasting development.

“For a country to develop the people should be better educated. Education is the fastest way to transform a nation,” President Bio affirmed. He said his government was paying school fees for about 2.5 million children in pre-primary, primary, junior and senior secondary schools across the nation.

He, therefore, encouraged the children as the direct beneficiaries of the Free Quality Education to take their studies seriously, noting that they would be the ones to take care of their parents in future.