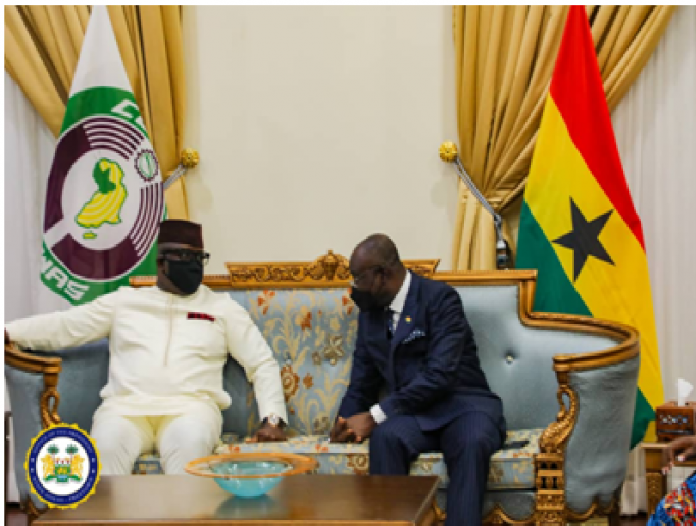 President Dr Julius Maada Bio is in Accra to attend the one-day extraordinary summit of ECOWAS Authority of Heads of State and Government under the distinguished Chairmanship of His Excellency Nana DankwaAkufo-Addo, President of the Republic of Ghana.

Speaking during the opening session, the Chairman of the ECOWAS Authority of Heads of State and Government, President Akufo-Addo, thanked his colleagues for honouring his invitation and for the prompt actions they had taken since the occurrence of the political situation in Guinea.

He also informed his colleagues that the extraordinary session would be receiving the report of the high-level ECOWAS mission to Guinea, which would form the basis of the deliberation of the closed-door session by the Heads of State and Government.

“We hope that this extraordinary summit will help proffer durable solution to the crisis,” President Akufo-Addo stated.

The expected intervention of His Excellency President Julius Maada Bio, during the closed-door session, will be very crucial not only as one of the closest neighbours of Guinea but also as a former military Head of State who transitioned Sierra Leone from military rule to democratic rule in the late 1990s.

The President was accompanied to Accra by Sierra Leone’s Minister of Foreign Affairs and International Cooperation, Professor David J. Francis.