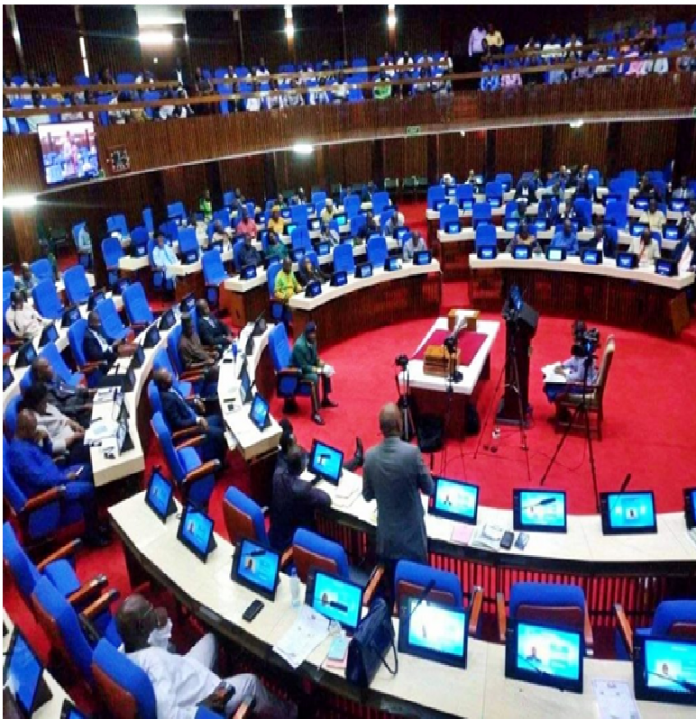 In spite of the initial impasse over the presidential emergency summoning of Parliament by President Dr. Julius Maada Bio at the Bintumani Conference Center, the Attorney General and Minister of Justice, Anthony Brewah has finally laid on the Table of the House, the Statutory Instrument regarding “The Census Order 2021, The Census Act 2002 (Act No. 14 of 2002), Statutory Instrument No. 4 of 2021”, on Monday 19/04/2021.

The Speaker and Clerk of Parliament were buoyed up with police assistance to enhance the proceedings of Parliament to go on unhindered.

Earlier, following objections raised by the Leader of the Opposition, Hon. Chernor R.M Bah regarding the emergency sitting, citing Standing Order 4(3) and no consultations prior to calling a sitting of Parliament, the Speaker of Parliament, Hon. Abass Chernor Bundu ruled against him signifying Section 86 (1) of the 1991 Constitution of Sierra Leone regarding same; adding the grund norm takes precedent over provisions in the Standing Orders of Parliament.

Pursuant to Section 170 Subsections (1&7a, b & c) of the said Constitution of Sierra Leone, Statutory Instruments do form part of the laws of Sierra Leone, after a period expiring 21 Days except being annulled by 2/3s of votes cast against it by 98 MPs out of a total of 146.

Amidst the protracted brouhaha, the presidential proclamation for the emergency sitting of Parliament was read by the Clerk of Parliament, Hon. Dr. Paran Umar Tarawally pursuant to Section 86 (1) of the said Constitution and the Statutory Instrument on the Census Order 2021 was laid by the Attorney General and Minister of Justice, Anthony Brewah.

The Statutory Instrument relating to the Census Order has been published in the gazette and also laid on the Table of Parliament by the Attorney General and Minister of Justice on Monday 19/04/2021 at the Bintumani Conference Center in Freetown.