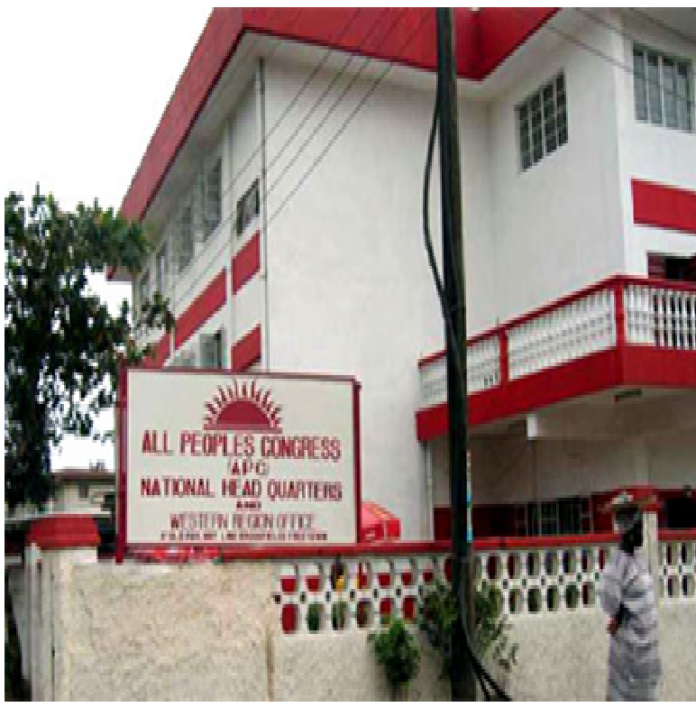 The main opposition, All People’s Congress (APC) Party, has reached a decision to appeal against the High Court ruling against the party on Tuesday April 20, 2021.

The decision according to credible reports was reached during the Party’s meeting of all National Advisory Council (NAC) members, regional, districts and constituency chairmen held at the APC Party headquarter in Makeni on 28th April, 2021.

Reports say at the meeting, it was unanimously agreed to appeal against the ruling which the Party holds was done with a motive of disenfranchise the leaders of the party structures across the country.

The Makeni meeting also resolved to continue the intra party mediation efforts by engaging the key players to resolve political conflicts without prejudice to the court proceeding.

It can be recalled that the Supreme Court of Sierra Leone on Tuesday April 20, 2021, struck out the petition on the objection of President Julius Maada Bio and the governing Sierra Leone People’s Party (SLPP) filed by Dr. Sylvia Blyden and Co. against the April 2018 Election of President Bio. It was made clear that the petition does not meet the merits and has been thrown out of the Supreme Court on technical points as requested by President Bio and the SLPP

It can further be recalled that some three years ago, on April 9th 2018, Dr. Blyden and some senior All People’s Congress (APC) members filed a petition against the election of President Bio into the presidency.