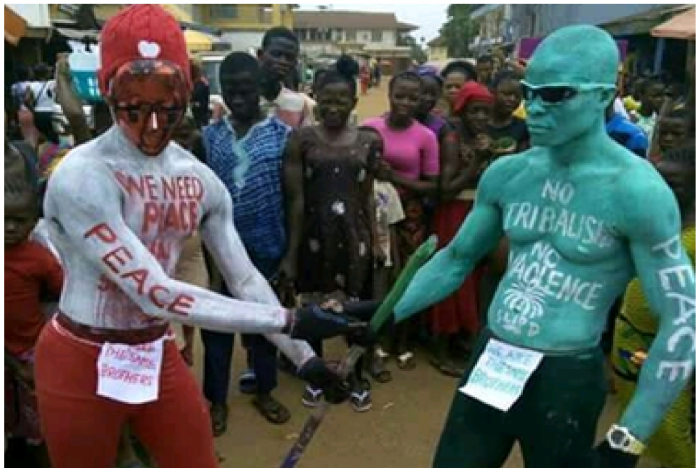 The three candidates and representatives contesting the by-elections in Constituency 010 in Kailahun district, John Allieu of the All People’s Congress (APC), Zainab Kama Braima of the Sierra Leone People’s Party (SLPP) and Independent Candidate Ibrahim Sylvester Jusu Hengela over the weekend pledged to continue their campaigns peaceful ahead of the 27th February 2021 Parliamentary by-election.

This they say is for the good of the Constituency on one hand and the country as a whole on the other.

Admonishing the candidates, the Chairman of the Political Parties Registration Commission AbdullaiMasiyambay Bangura expressed the commission’s disappointment at the way and manner the supporters of these candidates carried themselves during the campaigns. This he says is a total disrespect to the electorate and that this must stop forthwith. He advised the police to bring to book perpetrators and those who incite those incidents without fear or favor.

In his statement, the CEC of NEC Mohamed K. Konneh assured the candidates and the leadership of the parties that the elections will be conducted freely and fairly and that the winner will be a winner for the people.

In his statement, the AIG East Thomas Lahai assured all that, the police will professionally police the elections without fear or favor. He advised the candidates and electorate to be law-abiding before, during, and after the elections.

Before the joint stakeholders meeting organized by PPRC and NEC on Saturday, the PPRC on Friday held a similar meeting in Sandaru, Penguia chiefdom, after a stakeholder meeting in Daru on Thursday 18th February 2021.