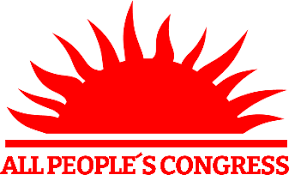 Lawyers Africanus Sesay and Suleiman Kabba Koroma have pleaded with Hon. Justice Adrian Fisher over the abuses he faced from some All People’s Congress (APC) members after cancelling the Youth League last week.

The development came about when the honourable judge wanted to order a bench warrant for Osman Foday Yansaneh after he failed to appear in court. Yansaneh was ordered by the court to be present in court when the lawyer for Alfred Peter Conteh was moving his motion in Court.

Hon. Justice Fisher on the last adjourned date, 6th October 2021, gave an ordered that Alhaji Osman Foday Yansaneh should be present in court, but on the past’s sitting he was not in court.

Lawyer Africanus Sesay, on behalf of the second defendant, pleaded with the judge that the second defendant was out of the jurisdiction on a conference organised by ECOWAS in Ghana, and he had also taken the opportunity of undergoing a medical check-up and would be in the country this week.

He said the second defendant had no intention of jumping the rules of the court.

Hon. Justice Fisher said on 6th October, 2021 he gave an order for the second defendant to be in court, adding that he was not informed by any of his lawyers that he was out of the jurisdiction.

He said instead of them meetıng and explaining things to him they were busy raining abusive languages on him on social media, going as far as insulting his mother.

“I have no bad intention for the party but this is a very bitter pill to swallow, he said.

Hon. Justice Fisher furthered that there was nowhere in the world where judges are abused as they are in Sierra Leone.

Lawyer Africanus Sesay apologised to the judge and promised that they would speak to their members, with Sulieman Kabba Koroma adding that as lawyers, they will not condone such acts.

They also promised that the second defendant would be before the court on the next adjourned date.