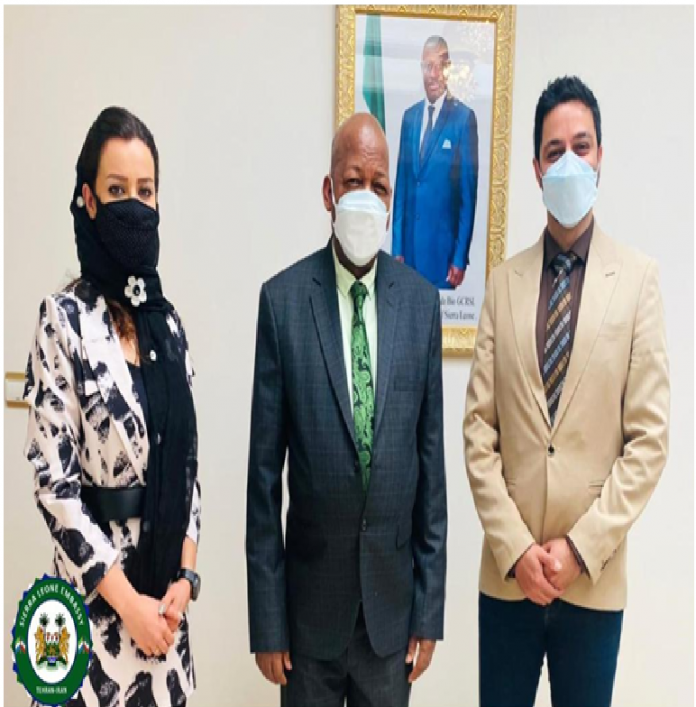 The group’s CEO Saman Abdi said as a pioneer of Iranian tourism, they have visited twenty countries in the world which includes Uganda, Kanya, South Africa and other European countries, but this time they want to invest in West Africa with Sierra Leone as top priority and then Ghana and Cote’ Devoir. “We have heard that Sierra Leone is a beautiful country with breath-taking beaches, Mountains a very interesting landscape, we want to come and experience it he said” “The group is at advance stages in planning a feasibility study later this year” he continued.

Speaking to the CEO and team from Tourpack Group International Tour Operation, Ambassador AlieBadara Kamara encouraged the group to visit and experience the country and then take advantage of its tourism potentials. He said the new direction under the leadership of President Julius Maada Bio placed tourism as a key sector in developing the economy of the country. “Our County is blessed with premier eco- tourism locations in West Africa, not only that but the culture, historical heritage and the ambience of the Atlantic Ocean is nothing short of beautiful” the Ambassador proudly said.

He ended up by welcoming them to Sierra Leone and assured them of a good working environment with the ministry of tourism and cultural affairs and other key players in the industry.