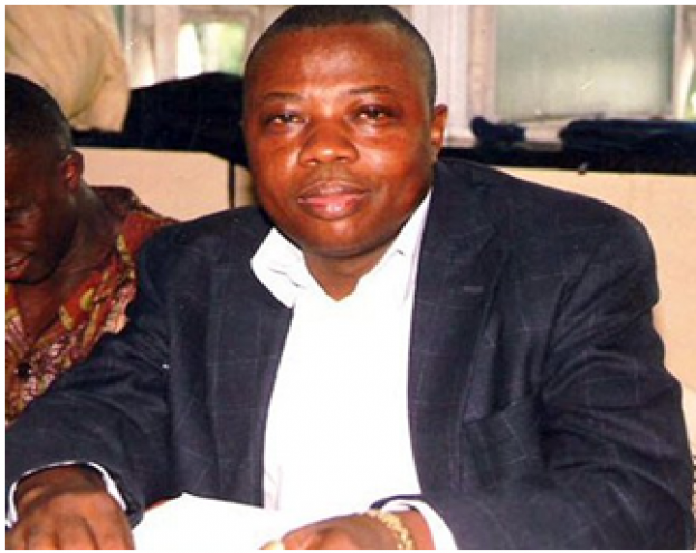 Hon. Ibrahim RassinBundu over the weekend angrily stormed the Central Police Division in Freetown to press charges against some All People’s Congress (APC) Party supporters allegedly loyal to and associated with some senior APC party stalwarts.

Speaking to this medium in an exclusive interview on Saturday 17th July, 2021, the honourable said he was coming from a media talk show on Saturday at the Media One Center when the thugs stormed him like manners from heaven reigning insults on his person.

Reports say it was the swift intervention of Hon. Bundu’s driver and onlookers that saved him from joining his ancestors through the hands of his attackers.

After the dust was settled, the honourable rushed to the Central Police Division to report the attackers and demand justice. Read subsequent editions of AYV newspaper for more on this.

Ibrahim RassinBundu was Majority Leader for the past APC party in parliament during the Ernest Bai Koroma led APC government.

Bundu was previously the Minority Whip and Deputy Majority Leader of Parliament. He is a prominent and senior member of the APC party.

He is the younger brother of Sierra Leonean economist and one of the country’s most famous politicians, AbassBundu, who is a member of the opposition Sierra Leone People’s Party and current Speaker of Parliament.

He was first elected to parliament during 2002 Parliamentary elections and has been re-elected twice in 2007 and 2012 by a large margins.

Bundu represents Constituency fifty-one that comprises Dibia chiefdom, in Port Loko district in the Sierra Leone House of Parliament. He used to be a close ally of Ernest Bai Koroma, Chairman and Leader of the APC party.