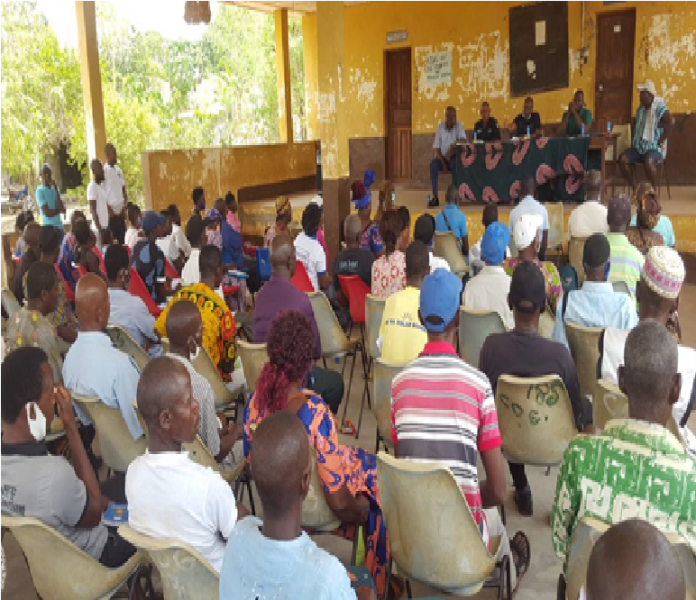 Community engagement is one of the proactive approaches employed by the Anti-Corruption Commission (ACC) to heighten public awareness on corrupt practices and to forge alliances in fighting corruption.

In this regard, the Public Education Unit of the ACC’s Southern Region office embarked on a number of sustained sensitization meetings with residents, chiefdom functionaries and public sector workers in Kori, Dasse, and Kowa Chiefdoms in Moyamba District. The engagements were held on 24th, 25th and 26th, March 2021 at the various court barrays in Taiama Town, Mano Dasse Town and Njama Town in Moyamba District.

ACC’s Southern Region Manager Musa J.B. Jawara said, to convey anti-corruption messages to rural areas is a testament of the Commission’s commitment to increase public understanding about issues of corruption and enlist participation in the fight against the scourge. Mr. Jawara said “No matter how resource-rich a nation is, the aspirations of the people will be unattainable unless its people are ready to show distaste for corruption.” He said perpetrators of this heinous act are only engaged in it to satisfy their selfish desires.

Mr. Jawara said public institutions were set to provide quality social services to Sierra Leoneans and not to serve as extortion points. He noted that corruption is one of the vices that continue to hold back the progress of rural communities.

Mr. Jawara recounted the high rate of court convictions and recoveries made by the Commission in the last few years, the election of the ACC Commissioner Francis B. Kaifala Esq., to serve in the African Union Advisory Board on Corruption and his recent recognition by the United States Government as International Anti-Corruption Champion, among others.

Speaking at the engagements, ACC’s Senior Public Education Officer Abdulai Saccoh described the engagement as a platform for frank discussion. He informed residents and local authorities that bribery is not only limited to offering or soliciting money but anything of monetary value which can take different forms. “Bribery is seen as a small act which people ignore with the notion that it is not their business; failing to realize that its adverse consequences are indiscriminate,” he furthered.

Mr. Saccoh highlighted a number of practices in the health, education, justice and security sectors that the “public should never again tolerate”. He catalogued the effects of corruption on the community, stating that notably, it impairs infrastructural development, discourages hard work, promotes mediocrity, impedes investments, and threatens national security.

Mr. Saccoh informed the participants that due to the continuous engagement with MDAs, concrete actions have been taken to tackle the diversion of public and donor funds and the blatant disregard of lawful instructions in these sectors though there is still room for improvement. He warned those that have been perpetrating such despicable acts to desist as they amount to offences under the Anti-Corruption Act 2008 as amended in 2019.

Addressing the participants ACC’s Public Education Officer Mohamed A. Kabba said, the meeting is intended to shed light on some bad practices that continue to wreck havoc on the lives of the rural people. Mr. Kabba emphasized that it also seeks to restore the confidence of people in hard-to-reach areas in a bid to expose rogues in their respective communities.

He called on residents and local authorities to report suspected incidences of corruption to the ACC. He assured the people of the Commission’s determination to take all steps necessary to ensure that justice is served to corrupt individuals.

Local authorities, head teachers, principals, health workers, police and teachers in their statements lauded the work of the Commission, to reach out to rural communities to raise awareness on corruption and its adverse effects on society. They acknowledged some of the positive strides of the government in the approval of and support to schools, health and security sectors, but appealed for more assistance. Stakeholders unanimously called for Government’s intervention to address the deplorable condition of public infrastructure in the chiefdoms. 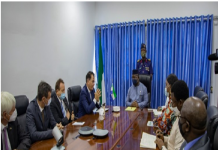 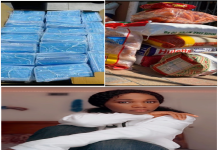 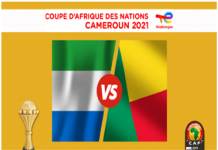