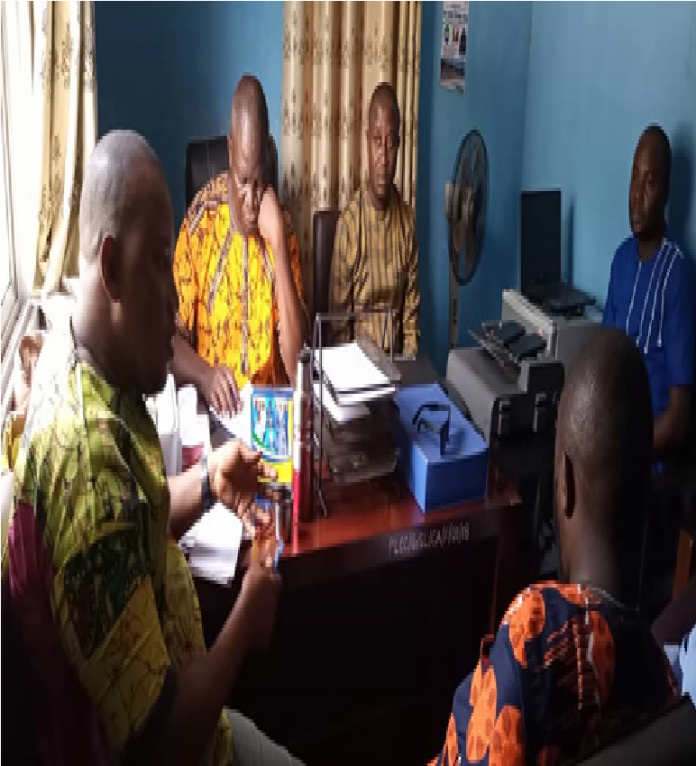 The North-West Regional Office of the Anti-Corruption Commission (ACC) has on Friday 19th February 2021 to 26th February 2021 commenced engagement with Local Councils and the Kambia Government Hospital on the review and development of Citizens’ Service Charter geared towards enhancing transparency and accountability in service delivery.

The engagement as part of the preventive approach in the fight against corruption involves an inception meeting and discussions on the development of a service charter for Port Loko City Council and the review of same for Kambia and Port Loko District Councils and the Kambia Government Hospital.

Explaining on the purpose of the engagements at the respective institutions, the Regional Manager Al-Hassan Sesay said the phenomenon of a service charter came about as a result of the 2008 Anti-corruption Act as part of it’s preventive approach to enhancing transparency and accountability of services rendered by public bodies. He stated that the absence of transparency on services provided gives room for solicitation of bribes and for public officers to capitalize on corruption vulnerabilities and loopholes. He informed senior management of the aforementioned institutions that the ACC initially took up the responsibility of printing of the service charters because development of a service charter was just a new phenomenon introduced.

The Regional Manager noted that service charter is part of the normal activities and functions of the institution that are put together and displayed for public view. He said it should not been seen as anything new but a way of making their functions and services transparent.

On the development and review as the case demands, Manager Sesay called on the different institutions to put together a draft including services provided, cost and timelines and revert to the commission. He pointed out that the ACC is concern on enhancing efficiency and transparency so that the public will have unhindered access to services.

On the part of the heads of institutions, they thanked the ACC for the timely intervention on the said matter and noted the need for the involvement of Community stakeholders in the entire process.

These engagements were climaxed with action points relating to the involvement of Community stakeholders, submission of draft to the ACC, validation meeting, printing and the popularization of the Charter through radio and Community engagements.

The ACC North West office last year completed the review of the service charter for the Port Loko Government Hospital which is now at the popularization stage.