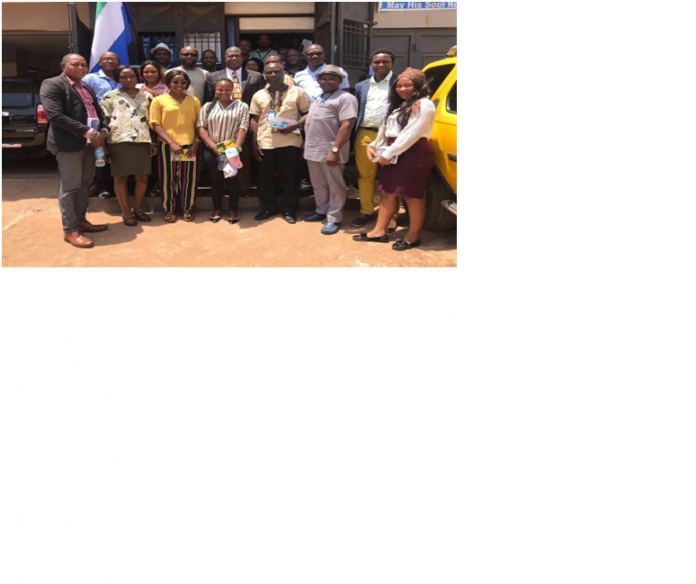 In his statement, Director Sandi gave an overview of the Rationale for Partnership. He said the roles of NaCEED are in tandem with the role of the new administration under the leadership of President Bio and that of ACC under the administration of Commissioner Ben Kaifala. He added that the ACC has been engaging institutions in similar sensitization meetings to instill the tenets of integrity and accountability in them. Therefore, he said the rationale for the partnership with NaCEED is to empower them, solicit their support in the fight against corruption and to see that both institutions are heading to the same destination.

Director Sandi ended his statement by giving a brief insight on the activities of the ACC, informing them about the recent indictments made by the ACC.

Talking on Ethics and Integrity to the staff of NaCEED, Musa Kanteh, Senior Policy and Ethics Officer ACC said, Ethics and Integrity are integral in fighting corruption. He highlighted six (6) issues that can affect Integrity and Ethics personally and professionally. These issues he said are, bribery which has taken a toll in the society, stealing, punctuality, influencing decision, telling lies and the receipt of gifts for corrupt purposes.

Delivering his statement, the Leadership of National Council for Civic Education and Development, KaliluTotangay who also doubled as the Chairman of the meeting said, his team will join the crusade in the fight against corruption by providing innovative ways of passing on anti-corruption messages to the public. He assured the ACC of his utmost commitment in supporting the Commission in the anti-graft crusade.

Earlier in his statement, Senior Public Education Officer ACC, Sylvanus Blake said, the purpose of the sensitization meeting is to sensitize and educate the National Council for Civic Education and Development and the public to eliminate doubts and misinformation about the fight against corruption. Mr. Blake added that, the fight against corruption is no longer a need, but a responsibility.

Ms. Hannah Jimmy, who is the Coordinator of Open Government Partnership NaCEED, was appointed as the liaison for the partnership between the ACC and NaCEED.