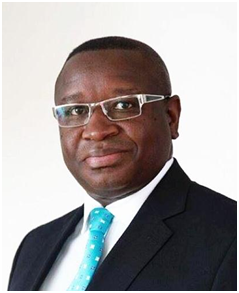 President Julius Maada Bio has not only made education his flagship in Sierra Leone, but has also ensured that a total number of 5,034 trained and qualified teachers recruited since he took up office in May 2018.

It could be recalled that during past administration (2007-2018), teachers were never recruited and put on the government’s paying voucher.

The administration was busy chasing what they called “ghost teachers” and doing what they termed “teachers’ replacement”.

However, under President Bio’s administration, four thousand one hundred and fifty-three (4,153) teachers, who have retired, died or sought employment outside the teaching profession, have been effectively replaced, thereby signaling a new dawn for teachers’ empowerment in Sierra Leone.

In less than three months after taking up office, President Bio launched the free quality education for primary and secondary school pupils, a novelty which subsequently removed the economic burden on parents, guardians and caregivers.

Many social and political commentators, including President Bio’s fierce critics, have applauded him for his love for the Sierra Leonean children, by empowering them through quality education.

President Bio’s administration has reassessed teachers’ salaries as a result of increased in qualifications and promotions which led to the processing of a total of 4,158 teachers in 2020 and effective March 2021, three thousand nine hundred and eighty-seven (3,987) teachers are now placed into their correct grades.

Statistics from Sierra Leone’s Teaching Service Commission (TSC) revealed that in January, 2019, 10% transport allowance was paid to teachers from grades 1 to 6.

President Bio’s ‘olive branch’ was extended to teachers again in April, 2020 which saw 30% increment in their salaries nationwide.

A policy on teacher’s management was developed and finalized in 2020 coupled with a Human Resource manual on the roles and responsibilities of teachers and school leaders, which was developed, digitalised and popularised.

Also, 34,000 teachers’ files were scanned and archived and a teacher deployment strategy was developed for the equitable distribution of teachers nationwide.

Additionally, efforts were made to develop an online recruitment portal by the Directorate of Science Technology and Innovation (DSTI) and TSC, which will subsequently soften the recruitment process.

Under the “New Direction” administration, which is championed by President Bio, the processing of retirement papers for teacher was accelerated.

The transfer of the teachers’ payroll from the Accountant General’s Department to TSC has been completed in the last three years of President Bio’s leadership.

In an effort to cushion the economic burden on teachers, President Bio’s administration, through TSC has been verifying teachers who have taught for ten years and above for the award of government’s scholarships to their children in universities and colleges.

Meanwhile, a Teacher Attendance Monitoring System has been developed and piloted by the TSC.

In order to facilitate the smooth recruitment of teachers, TSC has been interfacing with other state institutions like National Social Security and Insurance Trust (NASSIT), National Civil Registration Authority (NCRA), Ministry of Basic and Senior Secondary Education (MBSSE), Ministry of Finance (MoF) and the Accountant General’s Department (AGD).

Unarguably, it is believed that if President Bio continues to rule Sierra Leone, teachers will not only benefit more, they will ‘paopaly’ live an adorable life.