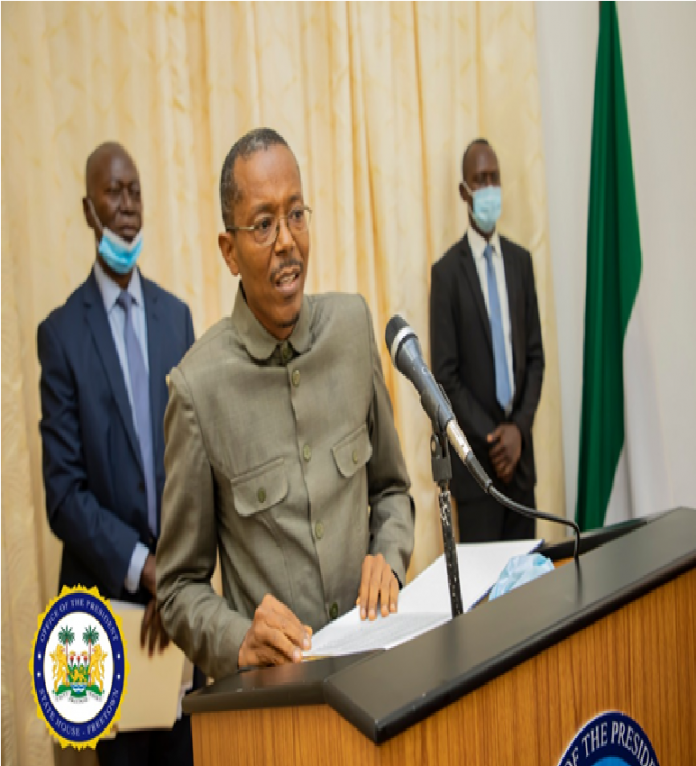 By Communication Unit, Ministry of Lands

The Minister of Lands, Housing and Country Planning, Dr. Turad Senesie has ordered the allocation of 200 Acres of State Land to the Waterloo District Council, as part of the unprecedented and unstoppable process of rebranding and modernising towns and cities under the New Direction Administration.

The Acting Director of Lands and Surveys, Tamba Dauda was, on Thursday March 4 2021, directed to accordingly survey and hand over the portion of land to the Council for the relocation of the Dumpsite that is currently along the main Freetown/Waterloo Highway.

“His Excellency the President Brig. Rtd. Julius Maada Bio has instructed the transformation of the current dumpsite into a multi-purpose market with modern facilities for the traders and general populace of the Waterloo Rural community,” Minister Senesie confirmed.

During a site visit in Waterloo, the Minister assured the Chairman of the Council, Kasho Cole that President Bio is determined to support the Waterloo people by transforming the district into a Waterloo City.

“The Bio led government is going to suffocate Waterloo people with development,” the Lands Minister asserted.

Proposed land sites for the construction of a Musuem and Library in that part of the country formed part of the locations the minister and team visited.

The Minister emphasized that urban transformation is a must for the good of Sierra Leone.