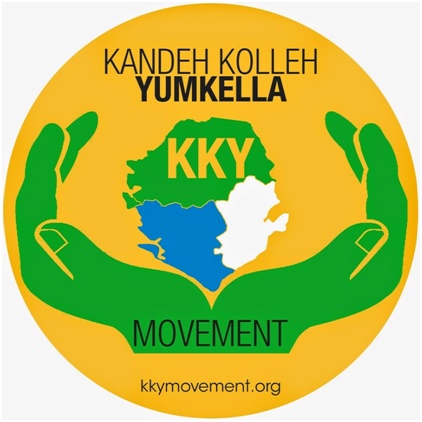 The Minister informed journalists at the Government’s weekly press briefing that Dr. Yumkella is claiming to world leaders and international investors of having the endorsement and blessing of President Koroma for the 2018 Presidential Election.

The Minister on behalf of the Government sturdily warned the aspiring presidential candidate to desist from what he referred to as ‘impersonation’.

This Chief Keita described as ‘illogical and irrational’. He said the minister exposed his limited reasoning by accusing their leader, who happened to be an opposition presidential aspirant of claiming the President’s endorsement, after he has assured the Ruling All People’s Congress Party of his support in the forthcoming national elections.

He said the World already appreciates Dr. Yumkella for his diligent service in the international community, which he said spanned for over thirty years beginning as an Agro-business Professor at Michigan State University down to the Chairman of UN Energy Position.

As a result he said Dr. Yumkella is already a darling to world leaders who have on countless occasions awarded him, for this reason he said he did not actually need to claim President Koroma’s endorsement for any favor from the international community.

“It is senseless for the Minister to make such a wild accusation against Dr. Yumkella who introduced President Koroma to the DFID Boss and recommended him to the European Union” The KKY Movement Coordinator emphasized.

He said the endorsement Dr. Yumkella needs for the 2018 election is that of the people who will be voting in the presidential elections and not President Koroma.

He said their movement takes note of the recent victory their candidate had in ward 139 in Kambia District, despite the resources being utilized by big-guns of the APC in the just concluded bye-elections; as a result he said they are not surprised hearing the Minister’s accusations.

He said their campaign to ensure Dr. Yumkella secures nomination for the Presidential Election continues unabated.

He established that the People of Sierra Leone are fed-up with the rampant corruption, deepening poverty and youth unemployment the ten year rule of the APC brought to the country, and are looking forward to a salvaging presidential material such as Dr. Yumkella to improve their living standards.