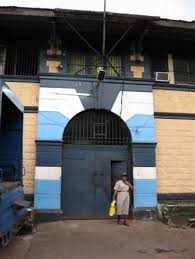 Prior to the sentencing of the accused, lawyer representing him noted that “the accused has been very sincere to the court relating to the crime he had committed and did not waste the court’s precious time by pleading guilty to what he had done,” B.S Kamara averred.
He continued that the accused is a first time offender, adding also that there was even a relationship existing between the accused and the complainant and the “two people might come together again,” he maintained.
Lawyer B.S Kamara pleaded with the Magistrate to tamper justice with mercy to the accused after making the above submission.
After listening to the defense counsel, the magistrate declared that “the accused is hereby sentenced to six months imprisonment or pays a fine of six hundred thousand Leones (Le600000) to the state and in addition pay compensation to the complainant in the sum of three hundred thousand Leones (300,000)”.
According to the particulars of offence before the court, Mohamed Borbor Jalloh on Sunday 14 February 2016 at Kroo Bay in Freetown wounded Umu Turay with intent to do her grievous bodily harm. 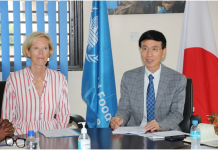