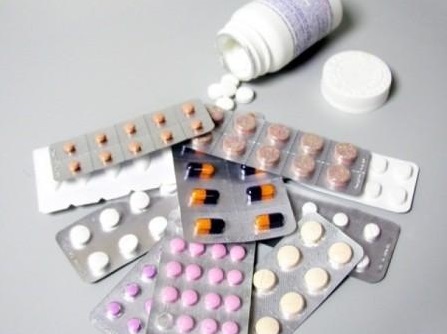 But because they were no laws/policies on drug control and our constitution does allow us to detain suspect for certain allege crimes over certain period, the President had no alternative but to attached certificate of emergency to the draft Drug policy control bill to parliament, whose duty amongst others is to enact laws/policies in Sierra Leone.

Our President and the parliament acted in good faith, we were trying to tell drug traffickers and their collaborators that business is no longer as usual, if they having capitalizing on the absence of drug control laws/policies in our, they should rethink, as those caught will be tried according to our policies and punish to save as deterrent. We may have many challenges in bringing them to book. The action of our President and parliament in enacting the drug control policy of 2008, was applauded both within and without, as our respectability as a nation was restored once more.

The National drug Law enforcement agency (NDLEA) was also established, we also have the Transnational Organize crime unit (TOCU) doing a fabulous work here, it all indicate our determination as a people to put drug abuse under control in our country. However, taking into consideration that the drug business had flourish during our 11 years conflict and left unattended to, for over five years, therefore policies enacted in hast to try suspect, does not suffice to address the numerous challenges associated with drug trafficking and consumption on the increase in West Africa we found ourselves. It is also clear that our drug control was in line with militant drug laws and policies in West Africa in support of failed war on drug/ drug war. Today, there is a shift in the paradigm on drug laws/policies; it must now integrate issues like: Health- drug dependence treatment, access to essential medicines, Harm reduction, Human Right, Gender, HIV/AIDS, development, decriminalisation, alternative livelihood and many more. For this piece, I am paying attention to; harm reduction.

Harm reduction is a public health philosophy and intervention that seeks to reduce the harms associated with drug use and ineffective drug policies.  A basic tenet of harm reduction is that there has never been, and will never be, a drug-free society. West Africa Drug Policy Network (Sierra Leone Chapter) and its partners, WACD, OSIWA, IDPC,USAID and WASCI advocates reducing the harms of drug use through a lens of public health, using accurate, fact-based drug education, drug-related illness and injury prevention, and effective drug treatment for problematic use.  We believe that every solution with the potential to promote public health and to mitigate harm should be considered.  We continue to seek innovative health approaches to drug use, drug treatment, and drug policy that are based on science and research.

West Africa Drug Policy Network (Sierra Leone Chapter) calls for shift in the focus of our country drug policies from punishment to humane solutions. Harm reduction is a set of practical strategies and ideas aimed at reducing negative consequences associated with drug use. Harm Reduction is also a movement for social justice built on a belief in, and respect for, the rights of people who use drugs. Harm reduction incorporates a spectrum of strategies from safer use, to managed use to abstinence to meet drug users “where they’re at,” addressing conditions of use along with the use itself. Because harm reduction demands that interventions and policies designed to serve drug users reflect specific individual and community needs, there is no universal definition of or formula for implementing harm reduction.

However, Harm Reduction Coalition (HRC) considers the following principles central to harm reduction practice. Accepts, for better and or worse, that licit and illicit drug use is part of our world and chooses to work to minimize its harmful effects rather than simply ignore or condemn them. Understands drug use as a complex, multi-faceted phenomenon that encompasses a continuum of behaviors from severe abuse to total abstinence, and acknowledges that some ways of using drugs are clearly safer than others. Establishes quality of individual and community life and well-being–not necessarily cessation of all drug use–as the criteria for successful interventions and policies. Calls for the non-judgmental, non-coercive provision of services and resources to people who use drugs and the communities in which they live in order to assist them in reducing attendant harm. Ensures that drug users and those with a history of drug use routinely have a real voice in the creation of programs and policies designed to serve them. Affirms drugs users themselves as the primary agents of reducing the harms of their drug use, and seeks to empower users to share information and support each other in strategies which meet their actual conditions of use. Recognizes that the realities of poverty, class, racism, social isolation, past trauma, sex-based discrimination and other social inequalities affect both people’s vulnerability to and capacity for effectively dealing with drug-related harm. Does not attempt to minimize or ignore the real and tragic harm and danger associated with licit and illicit drug use. (HRC)

West Africa Drug Policy Network Sierra Leone Chapter is calling for reform in our National Drug Policy of 2008, because the draft bill was attached with certificate of emergency, which does NOT allow our parliamentarian to consult expert or civil society organizations to be well inform to debate on the issue, neither does it gives civil society the opportunity to lobby parliamentarians for their input, therefore, it is now time to look at the emerging situation at regional and global level and do reform in our national drug control policy in order to integrate issues of harm reduction, human right, health, gender, HIV/AIDS etc to be on the same page with the rest of the world on drug issue. West Africa Drug Policy Network Sierra Leone Chapter urges our government to harmonize our policies with the WACD evident base recommendation and to support the 2016 UNGASS.