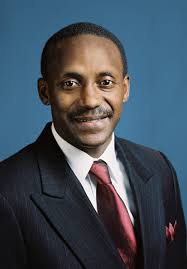 foundation. The head girl of the Kambia District Primary School Aminata Kamara said Mrs. Yumkella has fulfilled all the promises she had made to them. As a result they named her their “Mother who never fails.”

She said Mrs. Yumkella has not just renovated their school building and built them a computer library, but has also provided   a pair of shoes for them.

Aminata went on to recall that when Mrs. Yumkella visited them some months ago, they informed her of the constraints they are facing including  the lack of adequate furniture in their school, and she faithfully promised to reflect on that when she returned to Freetown.

She added that that promise she has been fulfilled as a result of the meaningful action of Mrs. Yumkella.

Addressing the Pupils, Mrs. Philomena Yumkella said supporting children in their academic pursuit is the best investment anyone can do in order to enhance a prosperous future. She encouraged the children to remain focus in their studies, noting but education is their surest guarantee in life. She assured the children of more support from her foundation if they continue to score good grades in school.

On the furniture donated, Mrs. Yumkella advised them not to play around the chairs and tables, emphasizing that if they do, the furniture will be destroyed and they will have to suffer constraints, when their tables and chairs are limited.