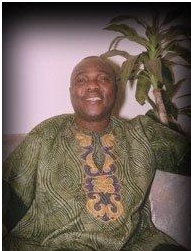 Now his death serves as a catalyst driving me to finish this work although I’ve got several books from new African writers to review as well. I’ve long been enchanted and inspired by the Godfather’s passion, drive and determination to legitimize and position African culture and literature into mainstream writing, once perceived inferior, if not backward. Achebe has helped to remove that hurdle employing the richness and quality of his story telling genius that has arrested the attention of readers around the world in giving him a serious second look.

How could a man who initially aspired to becoming a medical doctor and coming from a Christian background embark on a story telling career on African culture including African religion, mysticism and philosophy with laser focus, trying to promote and enchant others with African culture and tradition with such boldness, clarity and convincing prowess?

His mustard seed probably considered, at first, fruitless, actually blossomed, perfuming the world with his African fragrance and infectious style. In his native Nigeria, and indeed the rest of Africa, often imported religious values and doctrines militate against traditional values and beliefs.

Even in 1990 when he was involved in a serious accident in Nigeria, which he had left for exile abroad left him crippled from the waist down. His disability propelled and empowered him to continue his crusade for recognition and demanding respect for African values. He gave Africa a new identity and higher stock price in the international market of literature and its once ridiculed people and culture. Achebe’s Movement was already born and gaining momentum, while some people failed to realize its impact and transformation of the world. His name became a trademark and his services, often in demand, were hired for about $500,000, far above the market price.

Like most budding writers initially, he had to break the condescending African belief that writing and publishing are not favorable for African people, but for Westerners. This belief, held by many so-called educated Africans, dictates that one has to get a real job to support his nuclear family and a multitude of relatives, who feel that others owe them their source of livelihood.

Some of our people are very short sighted and complacent, often too afraid to remove the yoke of fear of failure, and venture into new teritory. Indeed success has many friends but failure, like poverty, is an orphan. Achebe took risks and emerged from the cocoon of perceived blindness and darkness, shedding light that sparkled, even transformed a world too afraid to shed its tainted skin of ignorance that’s still prevalent today.

If one doesn’t have a goal or mission in life, others will recruit him to promote theirs. I recall people telling me what area of writing I should concentrate on. But Achebe did it all, poetry, editing, journalism and story telling with equal confidence and proficiency. Successful writers do not build a wall around themselves. Budding writers need seasoned writers to advice them and evaluate their work. Achebe has helped in creating and nurturing writers at all levels of their journey. His vision gave birth to a community of African writers who would carry on his dream and legacy. Already, the Nigerian Federal government is about to name the National Library Headquarters under construction in the capital Abuja, after him. The Godfather’s Magnum Opus, ‘Things Fall Apart’ has sold over12 million copies and and has been translated into 50 languages. Certainly, great writers like Achebe don’t die, they go on to live forever.