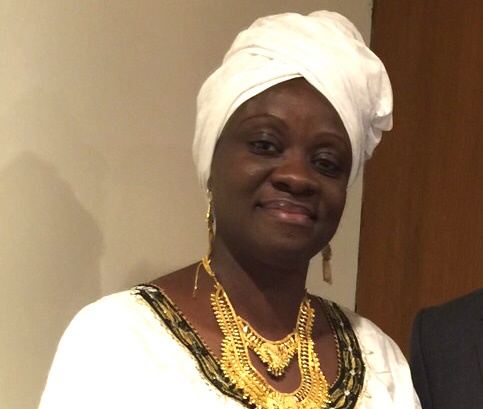 Dr. Sylvia Olayinka Blyden, who left after a short while having being granted a leave to proceed on an important state function, had instituted a the action against a staff of the legal aid board, Ibrahim Kallon, alleging that in January this year, he stormed her New England Ville office in Freetown, threatened to kill her and used all sorts of unprintable invectives on her person.

When the matter was first heard in court the complainant, Dr. Blyden was not in attendance and court records indicated that she was also absent when the matter was mentioned for proceedings on the second adjourned date.

At the previous adjourned date, the presiding magistrate urged the prosecution to encourage the complainant, whom they would lead in evidence, as far as the three count charge preferred against the accused person was concerned.

He also indicated that if evidence was led and the accused person found culpable of the offences levied on him, he would commit the matter to the High Court of Sierra Leone for further trial. He, however, stated that he would similarly discharge the accused person if the court found nothing unlawful against him.

The accused person, Ibrahim Kallon, was granted bail in the sum of Le 50 million, including one surety in like sum, and also surety should be a resident within the Freetown judicial district and bail was to approved by the Deputy Assistant Master and Registrar of the court.