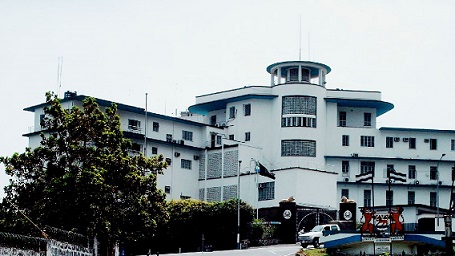 Consequently, the Anti-Corruption Commission (ACC) was set up to lead the fight against corruption through prevention, investigation and education of the public on the debilitating effects of the scourge. Since its inception over a decade, the Commission has undergone a lot of transformation; in the midst of mixed public perceptions.  The question is: has the ACC enjoyed the required public support?  It is crystal clear that the crusade against corruption cannot be won by the Commission singlehandedly but through effective collaboration by all and sundry. The obvious question many skeptics would ask is, what have I got to do with the fight against corruption, when I do not work for government or handle public or donor funds? If you claim not to have anything to do with corruption, it definitely has something to do with you; since the consequences of corruption are adverse, and indiscriminate. Its impact on the socio-economic well being of our society is not in doubt.

Despite the numerous steps taken by the Commission to achieve its mandate, it continues to face unfair criticism from certain sections of the public. Though some may be considered constructive others are uninformed, as the Commission’s activities are often viewed with a myopic lens. For some, the work of the Commission is limited to investigation and prosecution, which is far from true; as education and prevention are part of the tripartite approach employed to control the pandemic. Can we continue to vilify an institution that needs our support? What change would that bring? I acknowledge the fact that the Commission has the mandate to lead the fight against corruption, but it is equally imperative on all citizens to ensure that any acts of corruption, be it bribery or not, are exposed. Issues of national concern like combating graft must be treated with utmost seriousness and dispassionately. It is inconceivable to note that up till now, some sections of the public refuse to understand that the nation’s prosperity cannot be divorced from either the success or failure of the ACC. Drawing from this premise, it is apparent that the continued success and accomplishment of the Commission will only be actualized with the unwavering commitment of all Sierra Leoneans.

Evidence of this could be linked to the public discourse for a robust anti-graft institution which necessitated the repeal of the 2000 Anti-Corruption Act that ushered in the enactment of the 2008 Anti-Corruption Act. This Act ushered  in increased number of corruption offences, from nine to twenty seven; the introduction of the asset declaration regime to restore integrity in public life. Furthermore, it contained the development of the National Anti-Corruption Strategy (NACS) with the Commissioner responsible for the coordination of its implementation. The granting of prosecutorial power to the Commission became another feather to its hat. However, entrusting such powers to the ACC is not to mean, the Commission presides over its cases, as its mandate ends at prosecution. It is the Judiciary that has the  mandate to adjudicate all cases including corruption related matters. ACC has never and cannot be the player and the referee. Every individual is important in this campaign and their role must be sufficiently played. As citizens we will succeed in this fight only when we are united, but will face poverty when we are disunited in this endeavor because corruption will thrive.