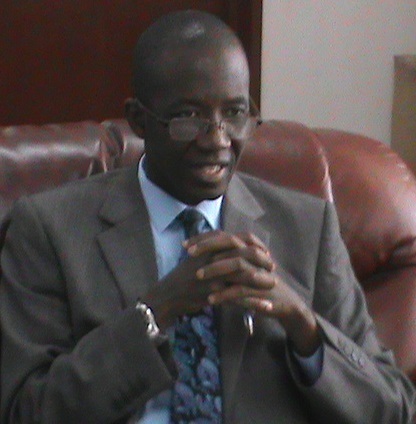 In his introductory remarks, the Minister mentioned that according to the World Health Organization (WHO) benchmarks, Sierra Leone with a population of approximately Six Million People, (6,000,000), needs approximately 1200 doctors. But with the number of registered medical practitioners in the Medical and Dental Council’s register numbering less than 350, the shortage of medical doctors in general and specialists in particular in the country has reached crisis level making the realization of the Sustainable Development Goals (SDGs) predictably untenable in the same way we had challenges measuring up to the benchmarks of the Millennium Development Goals.

The current interim national development plan for training doctors at the specialist level requires them to travel to the sub region and other parts of the world as there are no such facilities locally. The Minister went on to inform Parliament that the government is spending thousands of US dollars every year to fund the training of these doctors. The Health Minister outlined the several disadvantage of this system of training doctors. Besides the fact that it is expensive for the government, the country is also losing out on the services of these doctors for the time that they are out of the country. There is also the possibility that some of them may never return home to serve at the end of their training. This method of capacity development is not only inconvenient for the trainees who have to endure the discomfort of studying in a strange land, but it is also frustratingly slow, expensive, inefficient in meeting the current human resource for health needs of the country, non-sustainable in the long run, and a major contributory factor for the high attrition rate of doctors out of the country.

This should therefore create a sense of urgency to all of us, politicians and non-politicians alike. We need to work together to prevent a bad situation from getting worse. The establishment of the Sierra Leone Council for Postgraduate Colleges of Health Specialties has several advantages including but not limited to the following: (i) Training specialist doctors locally is cheaper for the government compared to the current system of sending them abroad. (ii) the availability of local postgraduate medical training will reduce the rate of attrition of doctors out of the country (iii) the reduce attrition rate will lead to a rapid improvement in doctor-patient ration (iv) an improved patient-doctor ratio is a proxy-indicator for improved access to health care as well as quality care. (v) the availability of specialist locally and improved medical services will greatly reduce the need for seeking health care in the sub region with all the costs and attendant inconveniences.

Parliamentarians from both sides of the house supported the Bill and it was unanimously passed without squabbles thus ushering in a new era in the advancement of medical education in the country.